Home Entertainment Pokemon GO: How to Get Shinno Stones 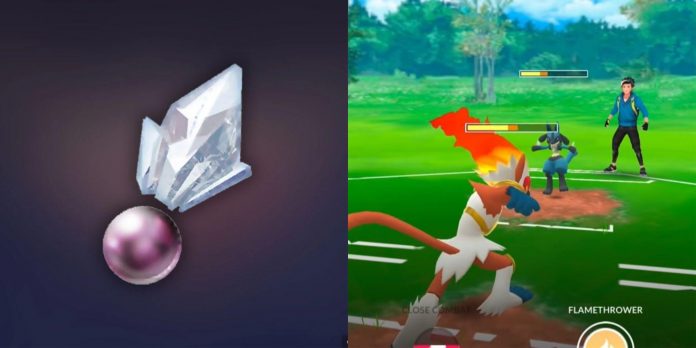 The Sinno Stone and the Unova Stones are closely related, apart from the fact that they are stones. In Pokemon GO, they are both ingredients for the evolution of a select group of creatures. Without Sinnoh Stone, Porygon-Z and Weavile will be a distant dream.

It is extremely difficult to get the stone. They don’t sit idle on the map. It takes work and intent to find it; finding it by accident won’t happen anytime soon, unless there’s a colossal patch in Pokemon GO. But for those who want, there really is a specific plan of attack.

No one can promise a way to get Sinnoh Stone, it will always be associated with some luck, but this strategy has the highest chances of finding it. It is also based on a regular schedule, so the task can be performed sequentially. Complete seven Field Research Tasks (each must be completed on a different day) and receive Research Breakthrough stamps.

This reward has a moderate chance of awarding the stone to Sinno. Even if gamers don’t get it from the first few attempts, it’s a fantastic way to get special types of Pokemon, so it won’t be a waste of time. One of the reasons Pokemon GO is one of the best multiplayer games for mobile devices is related to such awards.

It’s “Hail Mary” when trying to get the Sinno stone. If the players reading this think to themselves that they’ve participated in a bunch of coaching fights and still haven’t received the Sinno Stone, it’s not uncommon, they’re rare, much rarer than getting it in a field research breakthrough.

So why include it as a choice? Well, a breakthrough in field research can be carried out no more than once a week, while a gamer can potentially find several trainer battles every day. For dedicated trainers who don’t want to wait and hope for luck, this may give a chance to get the Sinno Stone sooner.

Pokemon GO is already available on Android and iOS devices.

An episode of the old Pokemon anime May Have Predicted the...