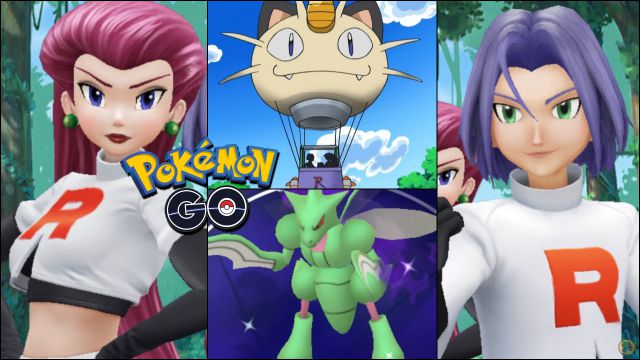 Pokémon GO: The well-known villains of Team GO Rocket reappear with their Meowth Balloon for a limited time. We tell you how to defeat them. Team GO Rocket has temporarily disappeared from Pokémon GO, but Jessie and James, two of the series’ most iconic recruits, are back with their Meowth balloon for a limited time. Like last year, a double fight awaits us, one after the other, so we must prepare well. It should be said that his return takes place on the occasion of the event of Pokemon x Pokemon: The Secrets of the Jungle, the new Netflix movie scheduled for this October 8. We tell you how to find and defeat them.

From this October 1, 2021 to October 10, 2021, Jessie and James are back in Pokémon GO with their characteristic Meowth-shaped balloon, so now it is much easier to recognize them with the naked eye. The first thing we have to do is be very aware around us and tilt the game camera to have a broader view of the horizon.

How to defeat Jessie and James in Pokémon GO

Do you see any balloons? If not, keep walking, because we have a chance to find Meowth’s balloon at least four times a day; everything is governed by luck, but as a rule it is like that. We must also be attentive to the shadow of the balloon, it is not going to pass right over you and you do not see it for a mistake. Each encounter hides a match with both Jessie and James, the two of them, so there is no choice, as on other occasions where we face Team GO Rocket. These are the teams of opponents that we recommend.