Home News Pokémon GO: how to defeat Giovanni in April 2021 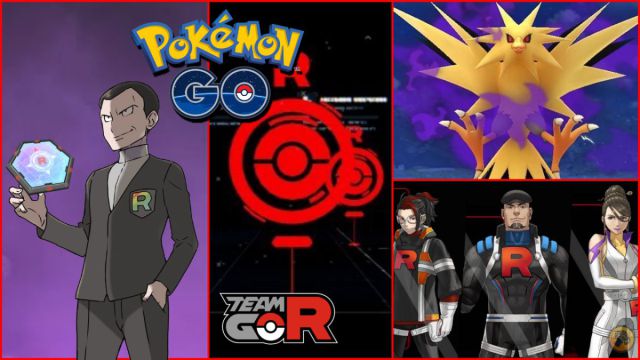 For a limited time, Team GO Rocket leader is back with the legendary birds of Kanto during March, April and May. All the details.

Giovanni is back in Pokémon GO temporarily during the months of March, April and May 2021. His absence was beginning to be very long, so the leader of Team GO Rocket returns to the iOS and Android video game accompanied by new dark Pokémon; specifically, the legendary birds of the Kanto region (Articuno, Zapdos and Moltres). In order to help you find it and end it, in this article we review all the details, dates, equipment that we can find and the best counters to combat them.

Giovanni in Pokémon GO: how long will he be in the game?

The start of the Season of Legends from March 1, 2021 at 08:00 to Tuesday, June 1, 2021 at 10:00 (local time) will present us with a multitude of news and rotations in the raid bosses, but also the return of Team GO Rocket with new dark Pokémon, including recruits, Cliff, Sierra and Arlo, whose previous confrontation is essential in order to find Giovanni. The legendary chosen of him will depend on the month in which we meet. In addition, if we defeat him, we will be guaranteed an encounter with the active Legendary Dark Pokémon. This March, Articuno dark; in April, dark Zapdos; in May, Moltres dark.

Without a Super Radar Rocket we cannot face Giovanni. That is why the investigation The Higher They Fly is so important, because its six phases are presented mandatory to obtain this important item and then challenge the leader of Team GO Rocket. Phase 4/6 of these missions will have us face Arlo, Cliff and Sierra, whose individual rewards are 1250 XP (3750 XP) plus an additional reward of 2500 XP, 1000 Stardust and the long-awaited Super Radar Rocket, the object that we They give by defeating the trio of recruits.

Once the Super Radar Rocket is activated, we must remember that the confrontation against Giovanni is limited to specific hours and in specific places: from 06:00 AM to 10:00 PM local time at the PokéStops. Also in the Globes.

Now comes the great challenge, phase 5/6 of the investigation The Higher They Fly, which is the step where we will find Giovanni, we will challenge him and, with a good strategy, we will defeat him. The rewards are interesting: 5 Maximum Potions for finding it, 20 Ultra Ball for challenging it and 5 Maximum Revive if we defeat it. Add to that 3000 XP, 1 MT fast attack and 1 MT charged attack.

The confrontation consists of three matches, as always. The first is always Persian, an old acquaintance of the Kanto generation who will not present us with many difficulties. The second will vary depending on three options: Kangaskhan, Garchomp, and Nidoking. The third and last, this March, is Dark Articuno.