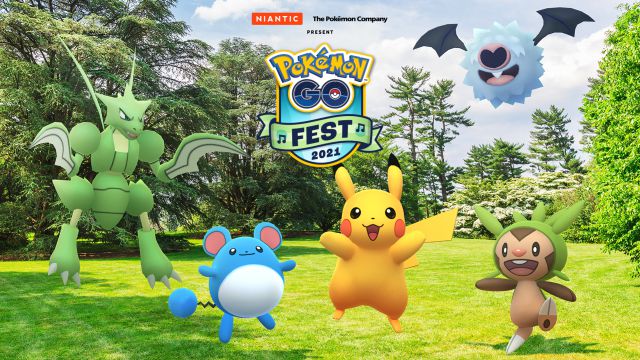 Pokémon GO Fest 2021: Pokémon GO’s biggest global event is back this summer for two days; It will include awards and activities that have not yet been confirmed.Niantic has confirmed that the Pokémon GO Fest is back. The most important world event of the iOS and Android video game, which celebrates its fifth anniversary this year, will commemorate not only the five-year life of the work, but also the 25th anniversary of Pokémon with a multitude of commemorative activities. At the moment there are few details announced, but we have an official date.

Pokémon GO Fest 2021: date confirmed for this month of July

After the cancellation of the face-to-face Pokémon GO Fest 2020, which finally adapted its activities to exclusively online events, the Pokémon GO Fest 2021 will take place from July 17 to 18, 2021. Two days of pure celebration that, due to the remoteness of its setting on stage, we still do not know exactly how it will be done, if there will be physical activities or it will be all from home. Sanitary conditions in some countries are very delicate, while others such as the United Kingdom or the United States advance at a much higher rate than other European territories in terms of general vaccination.

The information ends here, but there are few who are waiting for Meloetta (the Melody Pokémon) to make its debut in the game. The reason? Those icons of musical eighth notes in the logo of the Pokémon GO Fest 2021. Whether or not it is a coincidence is something that we will know in the next few dates, but everything indicates that if in 2020 we had Victini as the protagonist with his own investigation, in 2021 it will be Meloetta the featured singular Pokémon.

In other news related to Pokémon GO, this week we learned that Xerneas and Yveltal are on their way. The first to arrive will be Xerneas, the Generation VI Creation Pokémon, with the Legends of Luminalia X event.

First official poster for Loki, Falcon and the Winter Soldier