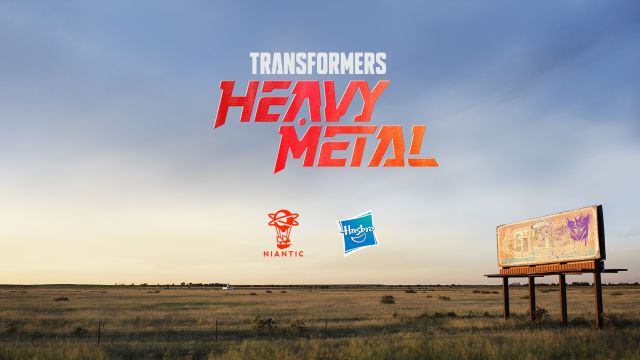 Pokémon GO: The title of Nianctic has opened a page for those who want to receive information, although there is no release date. Niantic, the creators of Pokémon GO and Harry Potter Wizards Unity, among many others, have a new title on their hands. The next game on the list is Transformers: Heavy Metal, a title for mobile devices that is based, how could it be otherwise, on augmented reality technology. This was announced by the company in a statement signed by Phil Hog, executive producer.

The producer returns to the present and emphasizes that these robots are still “very present” in his life, perhaps even more than at that time. “That’s why I’m so excited to announce that Niantic is collaborating with Hasbro and TOMY on our new real-world mobile game: Transformers: Heavy Metal.”

Hog explains that when they thought about the sagas they wanted to move to AR technology, Transformers quickly came to the fore. They promise that “it will be a Transformers game like no other”, a title in which players will be able to be part of the Optimus Prime and Bumblebee team, but all in the real world thanks to the Niantic Lightship platform.

It is now possible to register for information. However, they have not yet specified when it will be available.

Niantic’s most successful game today is Pokémon GO, a video game available on Android and iOS mobile devices that works under the free-to-play model, that is, free but with some microtransactions. Since its launch in 2016, the game has received multiple new features and bonus content.