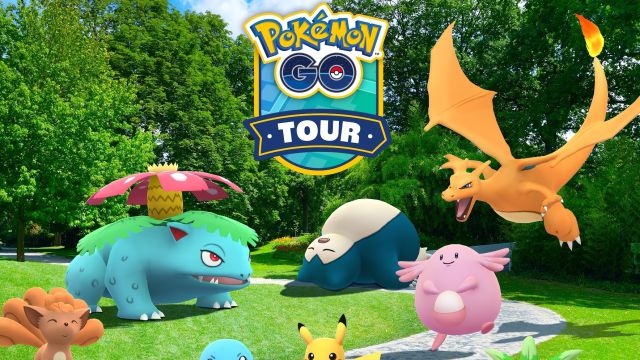 Niantic recognizes connection problems and encourages players to be on the lookout for news for all those who have purchased a ticket.

The Tour event of Pokémon GO: Kanto (paid event) held this past Saturday has had thousands of players from around the world and, as on other occasions where events of great importance for the video game have taken place, there have been connection problems or access. In this case, many of those who bought the ticket (12.99 euros) could not play comfortably; they could not even participate. Niantic has announced that there will be a compensation event.

“Trainers: thank you for your patience while we investigate the problems with the Pokémon GO: Kanto Tour tickets,” they begin by saying in a message issued on the morning of Saturday, aware of the infrastructure problems that were being reported on the servers themselves of the title. “We will organize an additional event soon for everyone who bought a ticket. Stay tuned for more details ”, they specify. They have not specified when the compensation event will take place, so we are waiting to find out more information about it.

If we look back and check the background, Niantic has suspended (for different reasons, including COVID-19) some events due to problems of this nature. In the preceding cases, the solution has generally been the same: repeat the event at a later date. It is to be hoped that, in this case and knowing that it is a paid event, players who could not enjoy that access to the event celebrating this 25th anniversary will be able to do so comfortably at another time.

The Pokémon Company has confirmed that we will have news about the Pokémon saga during this week, the week of the 25th anniversary of Pokémon – from February 22 to 28, 2021. Although they have not specified what kind, they have made it clear that “fans will receive other announcements with news about the franchise” throughout these days. To be more exact, the 25th anniversary is this Saturday, February 27, but at no time have they said that the announcements will take place throughout that day; it may be earlier.

The only confirmed release of the license for this year is New Pokémon Snap for Nintendo Switch, specifically on April 30. Hopefully we will have new Trading Card Game expansions, Pokémon Masters and Pokémon GO updates. About the main saga, fans want a remake of Pokémon Pearl and Diamond (we explain here its historical importance), but they are not only wishes and speculation; nothing is confirmed at the moment.

Discord May Have Just Leaked into the Next Monster Hunter Game