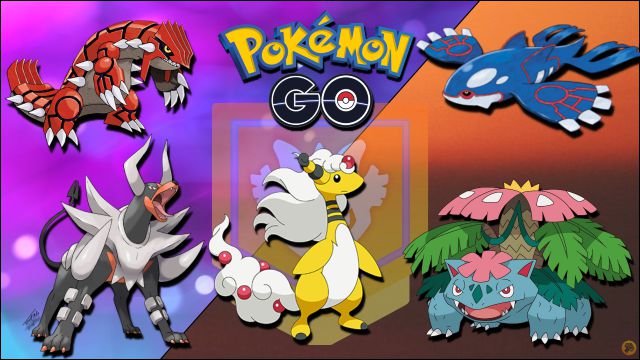 On the occasion of the Hoenn Celebration Event, Nianic applies the corresponding raid boss rotation at all levels. Retail.

The Hoenn Celebration Event is on fire in Pokémon GO. Only for a few days, the countdown until the start of the Pokémon GO Tour: Kanto continues its course and places us in Generation III, in the generation started by Ruby, Sapphire and Emerald, which awakens such good memories. His emblems, Kyogre, Groudon and company, are now the main protagonists of the raids. We review the raid bosses for these next few days.

From this January 19 until next January 24 at 8:00 p.m. (local time), at the gates of the Johto Celebration Event, Pokémon GO players will be able to find themselves in level 5 raids on species such as Kyogre and Groudon , while in the mega-raids section, the return of Mega Houndoom, Mega Venusaur and the debut of Mega Ampharos, the latter three to give their touch alien to Hoenn. All, by the way, with their corresponding guide attached to defeat them.

For the rest, we have Hoenn’s initials at level 1, raids that we can complete without difficulties on our own, and others such as Absol or Breloom at level 3. We take this opportunity to remember that this Sunday is celebrated the Day of Incense in January with Mareep as the protagonist. All the details in this news. We also have a pack of objects (85 useful items) for only 1 Pokécoin; available in the Store.

Innovation From Google That Will Speed Up Chrome By 25 Percent!