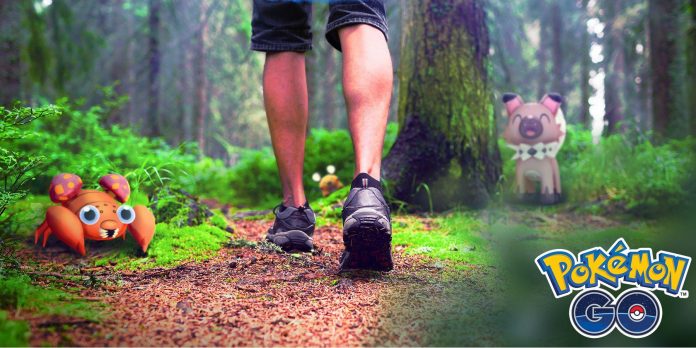 Over the past year alone, Pokemon GO has undergone many changes. The mobile hit was marked by the return of personal events around the world, as well as a serious reworking of the mechanics of Mega Evolution.

Over the past six years, the mobile game still boasts millions of players a day, which bring the Pokemon Company billions of dollars in revenue. The developer, Niantic, is constantly looking for new features to add to the game so that fans come back again and again. This time the team returned to the original mechanics: catching Pokemon.

The latest addition to Pokemon GO is presented in the form of a new incense module called Daily Adventure Incense. It can be found in the player’s item bag, and after activation, Pokemon that are not normally found in the wild will be attracted to the trainer for 15 minutes while the trainer is moving. Once the time limit expires, players will have to wait until 12:00 local time for the module to reappear in the item bag, and must be used no later than 23:44 to receive the unit of the next day. In addition, only one incense can be held at a time.

The new module is very similar to the Meltan Mystery Box, which can be obtained by linking Pokemon GO with the Nintendo Switch console. Daily incense does not take up space in the player’s bag and cannot be used together with a Mysterious Box or ordinary incense. In addition to the new item, if the player has less than 30 Poke Balls, Great Balls and Ultra Balls, then after activating the incense Daily Adventure Incense, an additional 30 Poke Balls will be added.

Since Niantic made several unfavorable changes to Pokemon GO earlier this year, including cutting the rate of appearance when using conventional incense, developers are finding new ways to calm the community. It seems that the new incense for daily adventures is aimed at balancing the game and helping those who live in more rural areas, however the cavitation is that coaches have to walk constantly to benefit from the module.

Niantic hopes that the module, coupled with other daily bonuses, will give players more opportunities to enjoy Pokemon GO. As more Hisuan Pokemon forms join the mobile game in the coming days, the new Daily Adventure Incense will certainly provide more opportunities to help players catch them all.

Pokemon GO is available for iOS and Android.