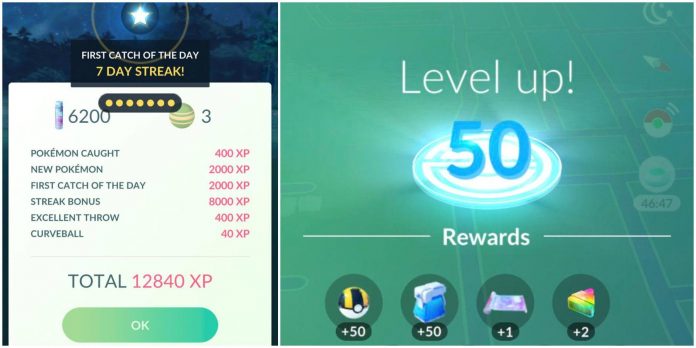 The competitive Pokemon scene began in 2000 with a regional championship held in various cities near London. The rules set for this championship were simple: trainers were allowed to use Pokemon only in the blue and red versions. But, of course, the players had to make sure that their Pokemon were at the maximum level and had the best possible movements.

Since then, the competitive scene has expanded to KKI and mobile games such as Pokemon Unite and Pokemon GO. But raising the level of Pokemon in Pokemon GO is very different from traditional Pokemon games, since it is directly related to the “trainer level” of the player. Sometimes earning XP in Pokemon GO is not as easy as it should be, especially without proper guidance.

Regardless of which method of earning XP the player chooses, he should always use Lucky Egg. A lucky egg doubles getting experience from any source for 30 minutes. Some events extend the validity of Lucky Egg, so players should always keep an eye on upcoming monthly events.

Catching Pokemon is an effective way to earn experience, but it strongly depends on the number of Pokemon appearing in a certain area. It can be difficult for players living in rural areas to earn a decent amount of experience by catching Pokemon. In addition to gaining experience, players will also earn stardust, which is necessary to level up Pokemon.

Players can simplify this method by using the Pokemon GO automatic catcher. These devices catch Pokemon without the player having to connect to the network, but they can only use Poke Balls, not Great/Ultra Balls. The main disadvantage of using an auto-catcher is that it uses a lot of pokeballs, so players need to stock up on them in advance.

The experience gained when catching Pokemon

Getting XP for hatching Pokemon eggs

The mechanics of hatching Pokemon eggs were first introduced in Pokemon Gold, Silver and Crystal, when players received a mysterious egg that hatched after completing a certain number of steps in the game. Pokemon GO includes the same feature, but players have to walk real steps, not in-game steps.

Players gain XP every time an egg hatches. And the more incubators a player has, the more Pokemon eggs he can hatch. To take full advantage of the egg hatching experience, players should enable Adventure Sync, as it counts the steps taken by players, even if the game is not currently running on their mobile device.

Players can spin a PokeStop or Gym every 5 minutes (PokeStop/Gym turns purple during recovery). There is a limit of 1200 spins per day (7000 spins per week), but a player will rarely spin this amount unless he uses an Auto-Spinner.

Players who want to fill the Pokedex available in Pokemon GO will have to participate in raids, as this is one of the few ways to catch unique or legendary Pokemon. Raids also provide a significant amount of experience (especially legendary mega-raids), so raids are an important step in leveling up a player.

It’s not always easy to raid alone, so players need to team up with their friends or other Pokemon GO fans to defeat the raiding Pokemon. As for the rival gyms, players must use their best Pokemon to defeat the rival team. Players can also team up with players from their team to win faster in the halls of rivals.

Nightmare Alley, A Spectacular Trailer For The New By Guillermo Del...