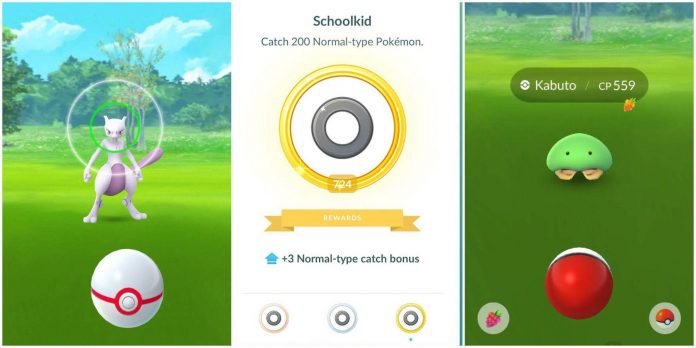 Regardless of whether the player wants to complete his Pokedex in Pokemon GO or wants the best Pokemon IV to fight in GO Battle Master League, he must make an effort to capture Pokemon. And although trading is available in Pokemon GO, the cost of trading Stardust Pokemon (especially legendary ones) is too high even for the most hardcore player. But catching Pokemon is not always easy, especially considering many factors.

Fortunately, Pokemon GO has various ways to increase the level of player capture, from berries to medals. But some players may still not know how much these items/achievements affect their chance of capture. That’s why we have prepared a detailed guide on the capture coefficient, which will help players find out how they can improve their capture coefficient and finally catch the Pokemon they need without breaking their pokeballs bank.

Breakdown of the mechanics of the catch coefficient

The Catch Rate mechanics in Pokemon GO are a bit more complicated than in other Pokemon games, especially since players have to throw a Poke Ball. Firstly, each Pokemon has its own basic probability of capture, from 0% to 70%. Players can get an idea of the basic Pokemon capture rate by analyzing the aiming circle before the Pokeball roll (red = 0%, orange = 25%, yellow = 75% and green = 90%+).

In addition to the basic capture speed, the Pokemon’s combat power also affects the final capture speed. As players can imagine, the higher the CP (which usually indicates that they are suitable for use in GO Battle League), the harder it will be to catch it. As soon as a player successfully throws a pokeball at a Pokemon, the game will take into account the catch chance modifiers. These modifiers are the type of pokeball used, berries, type of throw, medals, and type of encounter. Let’s look at each modifier.

The type of pokeball used

In Pokemon GO, players can use four different types of pokeballs to catch Pokemon, and they all have a set of modifiers for catching Pokemon. Poke Balls and Premier Balls have a modifier of 1, Great Balls 1.5 and Ultra Balls 2. Using Ultra Balls is the most effective way to catch Pokemon, but trainers should not waste it on Pokemon with a high BCR (basic capture coefficient). ) as Oddish or Rattata.

Perhaps the most difficult function of Pokemon GO is to throw a Poke Ball at a Pokemon (especially for those who do not have AR mode disabled). But the way a player throws a pokeball also affects the catch rate, so players will need to practice their throwing skills if they want to catch a Pokemon.

A good throw has a modifier of 1.3, a great throw is 1.7, and a great throw is 2. In addition, a Curveball (rotating the pokeball and then throwing it) adds 1.7 to any throw the player makes.

There are 18 different medals for specific types, which will be taken into account in the coefficient of catching a certain type of Pokemon. Players who do not have a certain type of Pokemon medal will receive a modifier 1. But players with a bronze medal will have a modifier of 1.1, silver – 1.2, gold – 1.3, and platinum – 1.4. For Pokemon that have more than one type, the average value of both is taken into account.

Below is a table with a detailed description of the medals of each type.

Any Pokemon that the player finds in the wild will have an encounter modifier equal to 1. But Pokemon found as a result of the encounter as a reward for field and temporary research have a modifier of 2. All Pokemon encountered in special research quests will have a modifier of 1000 (maybe). you can’t catch them). As for raids, the real modifier is a bit more complicated, but some believe it is in the range from 1 to 2.

How to improve the catch

Unlike previous games, Pokemon GO provides players with a variety of tools to increase the chances of catching Pokemon.

Carla Baratta told the truth about her role as Adelita in...