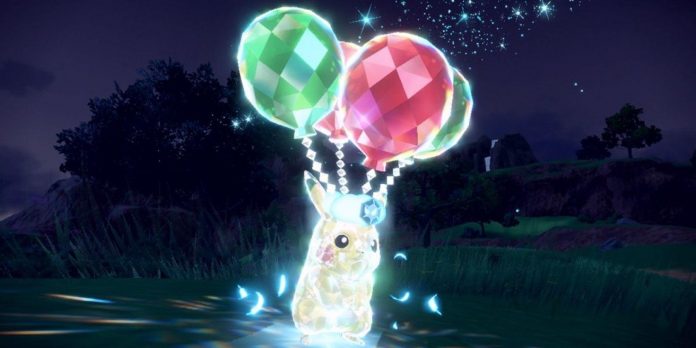 Pokemon has managed to survive for years thanks to its addictive gameplay formula and catalog of cute critters to collect. With each generation, players are encouraged to catch as many Pokemon as possible and strive to become the greatest Pokemon trainer. To keep it fresh, one or two new tricks are added each generation, and this will also be the case with Pokemon Scarlet and Violet, which fans are looking forward to.

Tricks may seem superfluous, but they have a significant impact on battles, and a good trick can have a positive effect on the entire series forever. The latest Pokemon Scarlet and Violet trailer confirmed previous leaks, revealing that the games will feature Terastallization, a new trick that will likely replace Mega Evolutions. Whether it will only be for a few generations or it will be a long-term feature remains to be seen.

After the international success of Pokemon Red and Blue, Game Freak released Pokemon Gold and Silver. The basic formula has been preserved, and gamers still go in search of Pokemon masters, which is achieved by collecting gym badges and training their Pokemon. The games also attempted to innovate on the basis laid down by the previous generation, including new features such as a time system and Pokemon breeding.

Of course, many new Pokemon were also added, bringing the total number of Pokemon to 251. Pokemon’s ability to hold items was introduced in the second generation, and it is one of the most successful tricks as it has become a core element of the series. Depending on which item the Pokemon is holding, players can activate various effects during combat. For example, by giving a Pokemon the right berry, players can restore health or cure status effects, or by giving the right Pokemon an amulet coin, players can double their earnings with each battle.

Pokemon Ruby and Sapphire, released in 2002, continued the successful franchise series and introduced 135 new Pokemon. Gamers end up in the Hoenn region, which has a number of islands between which players can travel. New features introduced in Generation 3 include innate abilities and nature, as well as secret bases that players can decorate and spend time on. Once again, the trick introduced in this generation remains unchanged, as it has since become a staple in the series. . For the first time in the Pokemon franchise, Ruby and Sapphire allow players to participate in double battles, in which they send two Pokemon to battle at the same time. Opponents can also send two Pokemon, and some techniques affect several Pokemon at once.

The fourth generation Pokemon had the advantage that it was the first game in the series released on the Nintendo DS, which allowed developers to use more powerful hardware, as well as a dual-screen handheld console. Consequently, Pokemon Diamond and Pearl were able to present a fully three-dimensional world and add many new features that improved the overall experience. 107 new Pokemon were also added, bringing the total to 493. The biggest changes were related to the Nintendo DS’s Wi-Fi connection, which Pokemon Diamond and Pearl took full advantage of, allowing players to trade Pokemon and fight online. Being able to do this wirelessly was a revolutionary step forward for Pokemon, and it became a defining factor for the development of the series.

Pokemon Black and White and their sequels take players to the Unowa region, inspired by New York. Although the games sold well, fans and critics were divided on the design of Pokemon from this region. However, many new features have been added that make the games worthy of attention. In particular, the games featured Triples Battles. Although this trick was a continuation of Double Battles, it was groundbreaking as it tested endurance as well as strategy. Additionally, rotational battles have been added to the games, which are a bit like triple battles, although the order of Pokemon can change when players choose.

The sixth generation features Kalos, one of the most distinctive Pokemon regions, inspired by France. Pokemon X and Y are noteworthy as they introduced the Fairy-Type, which balances the powerful Dragon-Type Pokemon that many players complained dominated the competitive scene. In this generation, Game Freak boldly used its combat trick by introducing Mega Evolutions. If players have a keystone and the right Pokemon holds the right Mega Stone, they can trigger a mega evolution that causes the Pokemon to take on a new form during the battle.

The release date of the second season of “Yellow Vests” is...