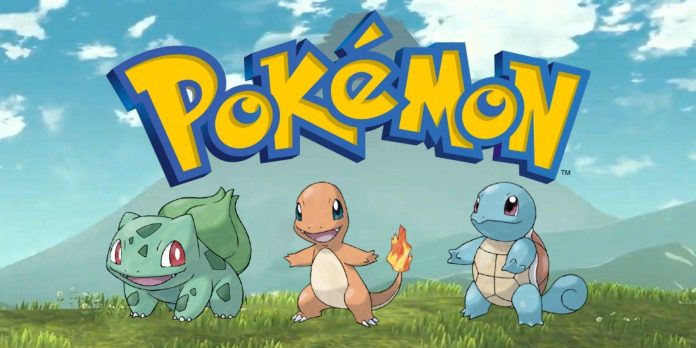 Pokemon, first introduced in 1996 along with Pokemon Red and Blue, has become one of the most popular franchises of all time. 2022 was a fantastic year for Pokemon fans. The year began with the release of Pokemon Legends: Arceus, which became one of the best-selling games of 2022. And Pokemon Scarlet and Violet, the upcoming games of the game series, are due to be released in November. As the newest games in the series are nearing release, a lot of Pokemon fan art is being published on the Internet.

In total, 917 pocket monsters have been identified to date, and each has its own fans. Pokemon fans love to create artwork depicting their favorite Pokemon. Much of the recent fan art has focused on the recently discovered Pokemon Scarlet and Violet, for example, on an artwork depicting Corydon in which the creator removed the wheel. But art depicting Pokemon from previous generations of games is also not uncommon. Now a creative fan has created a color circle with pocket monsters from the 1st to the 5th generation.

Reddit user mspaik shared an image of their fan art in which they created a color circle using Pokemon introduced in the 5th generation and in all other generations before it. It looks like the original poster managed to include all 649 pocket monsters introduced before the 5th generation, but this cannot be confirmed. The original post attracts a lot of attention from Pokemon fans on Reddit. The post received more than 5 thousand votes and a lot of comments in just four days. The comments section is filled with comments praising the dedication of the creator.

Fans also wondered if the original poster used automation to sort these Pokemon or if they manually sorted them according to their colors. A Reddit user under the nickname UnknownAccount2333 made an interesting observation. they noticed that more than half of the Pokemon introduced before generation 5 belong to the blue, green and purple range. They even pointed out the shortage of yellow Pokemon and suggested that the series needs more yellow, red and brown Pokemon.

These fan creations often evoke memories of Pokemon from previous releases. Recently, a creative Pokemon fan superimposed the face of Swadloon on various Pokemon, such as Pikachu, Furret, Mismagius, Livanni, Victini and Scorbanni, and received a lot of love from the Pokemon community. These types of fan art are fun because they demonstrate how dedicated fans won’t let society forget their favorite Pokemon.

Dead By Daylight: how to resist slugs