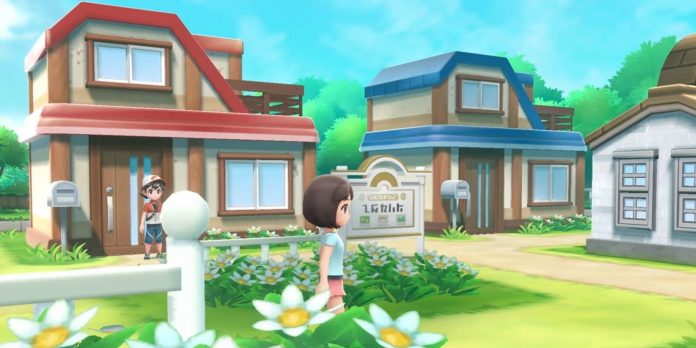 Pokemon is considered one of the greatest franchises ever to grace video games. Since the release of the first generation, this series has become one of the most successful and beloved game series. It seems that the franchise is not slowing down, as players are waiting for the ninth generation of Pokemon games, which are due to be released in November this year.
The original Pokemon Red and Blue are still highly appreciated by gamers, since it was the generation that introduced many to this series. Since then, many have become fans of role-playing games, retaining their love for the original Pokemon. One of the fans demonstrates his devotion to red and blue Pokemon using LEGO bricks, which will be a very interesting project.
RELATED: Pokemon Fan Makes Impressive Neon Sign
The redditor under the nickname Buscags1 announced that they will build the Kanto region from Pokemon Red and Blue from LEGO bricks. The user started with Pallet Town, which served as a home for first-generation players. The LEGO version that Buscags1 built is at a height, it has houses for both the player and the opponent, as well as Professor Oak’s laboratory. The user also added small touches, including a small patch of water visible under the city. This part is a great recreation of the city of Pallet and will bring back memories to everyone who played the first generation of Pokemon.
Additional images of the assembly can be seen in the original post.
LEGO Pallet Town by Buscags1 received a positive reaction on Reddit: the post received more than 4,700 votes. Some commenters have mentioned that this makes them want a LEGO Pokemon game, while others have stated that they will keep an eye on Buscags1 as they continue to build Kanto out of LEGO. The user was asked if they were also planning to build the Pokemon Gold and Silver Joto region, to which they replied that they would do so after they finished Kanto, and that the plan was to connect the two regions together.
Buscags1 is not the only company using bricks to create creations inspired by legendary role—playing games. A user known as Ddave showed a life-size image of a Charmander made of LEGO. Even though creating life-size proportions meant that Redditor had to use a lot of bricks and probably took a lot of work, they were able to achieve a lot of detail. Charmander smiles and waves his arms, and also has a flame on the tip of his tail. Even small aspects of the Pokemon were duplicated, such as the color of its eyes and small fangs in its mouth. This is an incredible job that shows the result of hard work and dedication.
Pokemon Scarlet and Violet will be released on the Nintendo Switch on November 18.

The Batman: Fredo Corleone (The Godfather) Was The Main Inspiration For...