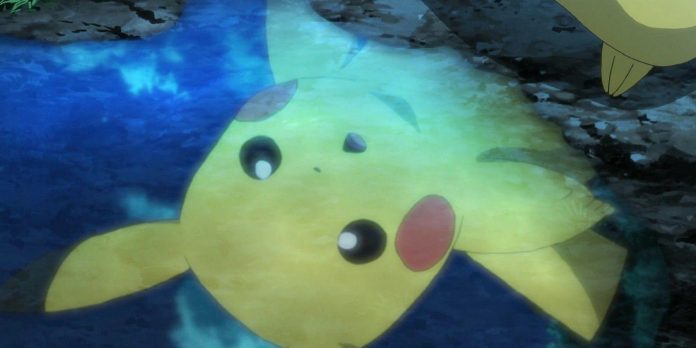 Given the initial target audience of Pokemon and the fact that they have been around for decades, many children have grown up with Pokemon in their lives. For some kids, it can start very early when some devoted parents create Pokemon-style nurseries or bedrooms for their kids.

In this last example, a Pokemon fan was quilting a Pikachu blanket designed for a child. Although it is too small for comfortable adult use, it will probably provide very comfortable cushioning and warmth for any small child.

A Reddit user and Pokemon Weddingredditor fan shared his latest creation with several subreddits dedicated to Nintendo and Pokemon. The photos show the front and back sides of a patchwork quilt with the image of Pikachu, and the back side is made in plain black, and yellow, black and squares decorated with Pikachu alternate on the front side. The squares are arranged in the form of a chessboard, and the design gives the impression that Pikachu looks out from outside the frame in the squares in which he appears. The design looks pretty neat, and the Weddingredditor states that they got the Pikachu fabric. from eBay.

I knitted a Pikachu baby blanket! from NintendoStitch

Fans in the comments are very impressed with the creation, and many express a desire to buy one for themselves. Although the blanket is not intended for adults, several users wanted them to have something similar. Pikachu remains one of the most recognizable and beloved Pokemon in the series, so it’s no surprise that fans will be eager to get their hands on this tasteful homemade blanket.

Of course, there is no shortage of official Pokemon merchandise for both adults and children, but that doesn’t stop Pokemon fans from creating their own. Parents have created themed bedrooms for their children based on their favorite Pokemon, while others have gone so far as to build a Pokemon baby mobile to soothe the baby in the crib. Regardless of whether a parent swaddles a child in a Pokemon baby blanket or helps him fall asleep to Pokemon lullabies, children can start enjoying Pokemon long before they are old enough to appreciate games or TV shows.

At the moment, Pokemon have left an indelible mark on society, and younger generations will probably continue to carry it into the future. Now that Pokemon Scarlet and Violet are just around the corner, more kids will see the Pokemon series for the first time and choose new favorites for themselves. Pokemon is far from a short-lived fad, as some expected when it appeared on the scene in the 1990s, and it is likely that children will continue to fall in love with Pokemon over the years.