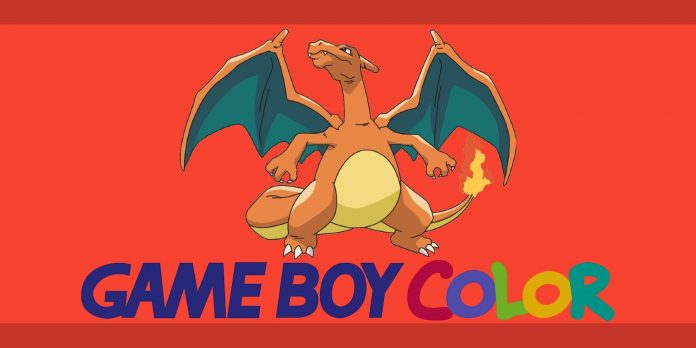 A Pokemon fan made his own Charizard-themed Game Boy Color and shared his creation on social networks. Although it’s no secret that Pokemon fans are among the most artistically talented representatives of pop culture, most of these works of art are drawings, sculptures or crocheting. This fan decided to go up a notch, completely turning the usual color of the Game Boy into the color “Flame Boy”.

Arguably the most popular Pokemon of all time, with the exception of Pikachu, Charizard is a first—generation fire/flying dual type with a legendary history in all aspects of the franchise. The mascot of the original Pokemon Red Version, the popularity of this character has never wavered since: one fan recently showed off an 18-year-old Charizard they’ve had since Pokemon FireRed, the 2004 re-release of Pokemon Red Version.

The impressive personalized Game Boy Color was created by a user with the nickname u/Takezoretoro, who posted his creation in one of the main Pokemon subreddits. Instead of using Charizard’s signature orange, red and cream color scheme, which fans are familiar with, the artist instead opts for a shimmering gold and silver palette. Scattered seemingly randomly, the colors stand out against the background of the original black coloring of the Game Boy with a stylized Charizard in the center of the controls. The crosspiece and buttons stand out against the background of the rest of the system, filled with metallic specks of the usual fiery color scheme of Charizard.

Custom Charizard GameBoy that I made 🔥 from Pokemon

In addition, u/Takezoretoro skillfully replaced the text, which is usually read as “Game Boy” Color, with “Flame Boy” Color, giving the portable gaming system a completely individual look. Already collecting likes, this is actually the second time that a Pokemon fan artist creates an individual version of a portable console with the same Pokemon. Almost exactly a year ago, the same artist created his first custom Game Boy Charizard “Flameboy”, which has a deep shiny red color with a more standard Charizard look in the same place as above.

Knowing how the Pokemon video game series is intertwined with the line of portable consoles, it’s easy to understand why the Game Boys have become such a popular medium for Pokemon fan art. In addition to setting up the nostalgic system itself, gamers set up the games themselves. One fan recently made headlines by creating a custom cartridge for the Game Boy with Wordle, a popular word guessing game that has become popular this year. While Nintendo has essentially abandoned the Game Boy line, eclipsing the portability of the Switch, the continued use of the systems is a testament to the enduring popularity of the Game Boy.

As the release of Pokemon Scarlet and Violet approaches, fans can probably expect a whole new wave of Pokemon fan art in a variety of environments. However, when it comes to the Game Boy, the classics certainly dominate.

According to the star, Scream 6 has the most cruel ghost...