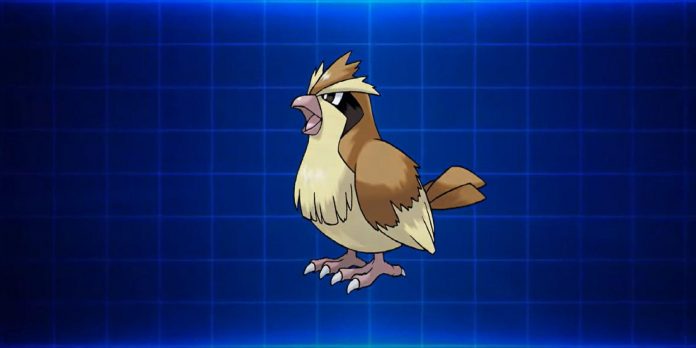 One Pokemon fan shared an image of a real bird that is almost an exact copy of Pidgie. Meanwhile, the Pokemon community is looking forward to the release of the long-awaited Pokemon Scarlet and Violet, which are scheduled to launch in the coming months. While they’re waiting, fans are spending more time on previous franchise games like Pokemon Sword and Shield and Pokemon Legends: Arceus.

On the other hand, one part of the community spends their hours creating impressive illustrations dedicated to their favorite pocket monsters. As the release date of Pokemon Scarlet and Violet approaches, more and more people are coming up with fan art related to the upcoming Pokemon. One fan art shows Lechonk and Sprigatito together, and the other shows a brilliant version of Quaxley. Despite the popularity of Generation 9 Pokemon, fans’ admiration for the original Generation 1 Pokemon is second to none, as evidenced by a Twitter post that recently attracted attention on the Internet.

Twitter user CaelKillara uploaded an image to the social network platform showing a “real” version of the famous first-generation Pokemon, Pidgie. The image shows a bird resting on a person’s arm, and a phone showing a picture of Pidgie for comparison. Surprisingly, the bird in the picture is strikingly similar to Pidgie, who is a flying-type Pokemon. Said bird creature also has a plump body with brown and cream feathers. Moreover, the shape of its beak and the position of its eyes are comparable to a Pidgie.

The post soon went viral among the Pokemon community, it was retweeted more than ten thousand times and gained more than 33,000 likes. Most people praised the original poster for its incredible luck in finding the real version of Pidgie, while others posted hilarious GIFs. On the contrary, some people discussed the possible species of the bird in question, and most of them agreed that it was a sparrow. One person pointed out the irony in the fact that Pidgie was named after a pigeon, and not a sparrow, which he looks so much like.

Pidgie and other pocket monsters of the first generation, such as Bulbasaurus, Charmander, Pikachu and Squirtle, are extremely popular in the modern Pokemon community. Pidgie evolves into a Pidgeotto, which later turns into a Pidgeot. Like sparrows, Pidgie is an obedient pocket monster with a strong sense of direction and a keen homing instinct. They are known to return to their nests regardless of the distance traveled. Pidgies are numerous, they can be found in meadows and temperate forests.

Nier Replicant: Modders Fix Bug of 60 Fps in The PC...