Home Entertainment Pokemon Fan Develops His Own Mega-Evolution of Ceruledge 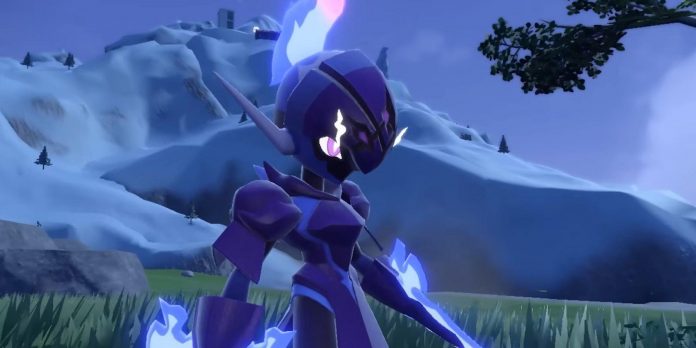 A Pokemon fan imagined what Mega Evolution would look like for Ceruledge, one of the new pocket monsters that debuted in Pokemon Scarlet and Violet. Mega evolutions were introduced in Pokemon X and Y and allowed certain creatures to transform into more powerful versions of themselves during the battle. A number of Pokemon received Mega Evolutions that required them to hold a special stone to achieve transformation.

Ceruledge will be introduced to the Game Freak role-playing games via Pokemon Violet and will be of the Fire/Ghost type. A pocket monster can learn Bitter Blade, a fire-type physical attack that restores the user’s HP by half of the damage the target received. Although Pokemon has been revealed recently, one gamer has already come up with a Mega Evolution for it.

A Reddit user known as Solash1 posted his opinion on Mega Evolution for Ceruledge. The artist’s performance shows that the blades on the Pokemon’s hands have become much larger, and the flames and spikes on its head have grown a little. The armor on his chest is now golden in color with a pink stone in the center. His legs have become thinner, and a ghostly fire is now emanating from his shoulders. The artist stated that although the pocket monster is quite new, they liked its design so much that they had to draw a Mega Evolution for it. This view of Ceruleja is quite frightening and it looks like it’s a Pokemon that can’t be taken lightly.

I know they’re brand new, but I liked Ceruledge’s design so much that I drew a Mega Evolution of Pokemon for them.

The Solash1 Mega Evolution concept for Ceruledge has won many fans. Many people love the design, claiming that it looks cool. Some asked if the Pokemon type would change after passing Mega Evolution, while Solash1 stated that they were thinking about switching its secondary type to Fighting or Steel, but were not sure and left everything as it is.

Although Pokemon Scarlet and Violet won’t have mega-evolutions, they will still have a trick that can be used in combat with the help of Terastic transformations. When a pocket monster undergoes this new mechanic, a crystal grows on its head, and there is a chance that the type of Pokemon will change, for example, Pikachu will become a flying type. Players must use Tera Orb to take advantage of Terastallation, and can only use this feature once per battle. It is unknown whether Ceruledge will receive a Type change as a result of this transformation, as well as what this change will consist of.

Destiny 2 may soon release three classic swords that can be...