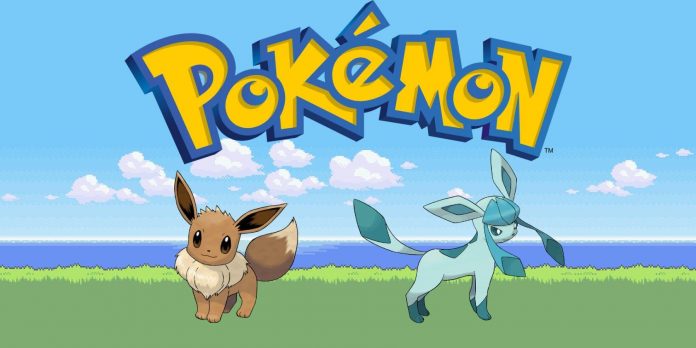 One of the most interesting creatures in the Pokemon franchise is Evie with his numerous evolutions. This unique ability to transform into several different Pokemon has divided fans of these evolutions, giving some more popularity than others. In honor of one of these evolutions of Evie, one Pokemon fan created an excellent fan art of both Evie and Glasseon.

This fan art was created on Reddit by the Poorguy95 portal, and it depicts Ivy and his icy evolution, Glasseon, sitting together. In the lower right corner of the image is Evie, a Normal-type Pokemon that has featured in the creations of many players. This version of Pokemon has one ear lowered, eyes closed, and mouth wide open in a smile. To his left sits a Glaseon, an ice-type evolution that, although not a tall Pokemon, towers over Evie in this fan art. The head of the Glasseon is tilted, and the artist has perfectly matched the colors and design of the Pokemon. This evolution of the Eevee is known for its pointed ears and tail, and they are very well transmitted.

There are many evolutions of Eevee to choose from, and, as is the case with choosing a beginner in Pokemon games, there is a lot of debate in the community about which one is better. Regardless of personal preferences, this Glaceon image demonstrates how well the original design conveys the type of this Pokemon. Those players who want to get one of them in Pokemon Legends: Arceus, just need to expose their Eevee to an ice stone.

Again, for those who want to develop Eevee with a focus on a special attack, Glaceon and Espeon are the only reasonable options. The advantage of one over the other is reduced to higher protection (Glasseon) or higher speed (Espeon). Regardless of how players feel about Glaceon, this fan art perfectly shows what makes this Pokemon memorable.