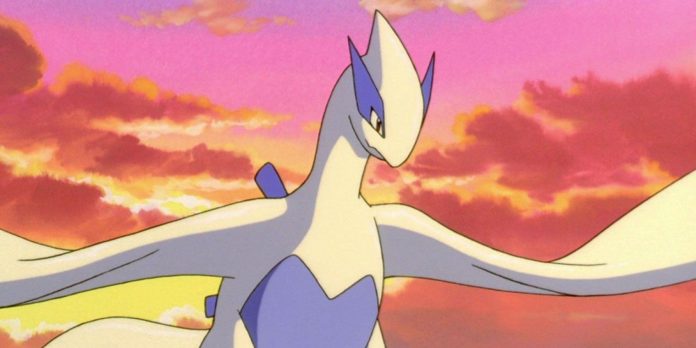 With almost a thousand Pokemon inhabiting the Pokemon world, everyone can fall in love with their creature. However, in each generation, a handful of Pokemon stands out for several reasons. Some attract the attention of gamers because they are cute newcomers, others because they are powerful beasts that can quickly level any battlefield, and some, such as Lugia, have become famous for their rarity and appearance in Pokemon movies.

Lugia was introduced to the gaming world with the second generation of Pokemon, and it has since become iconic for its striking design, its appearance on the cover of Pokemon Silver and Pokemon SoulSilver, its psychic/flight kit that gives it a competitive edge, and its legendary status. However, few fans know that Lugia has a tragic backstory associated with its designer Takeshi Shudo.

Lugia, Guardian of the Sea

Lugia is quite easy to recognize, as she has large wings, white feathers, a long neck and tail, as well as blue wings on her back. In Pokemon: The Movie 2000 has a prophecy stating that it is impossible to break the harmony between fire, ice and lightning, otherwise they will bring destruction. The only one who can put an end to the battle is the great water Guardian. As Ash and his friends discover, fire, ice and lightning represent the three legendary Pokemon birds Moltres, Articuno and Zapdos, and the great guardian is Lugia, whose psychic typing allows him to telepathically communicate with people.

Gamers may notice a few strange things in Lugia. Firstly, despite the fact that it is closely related to water, it is not a water-type Pokemon. In addition, although Lugia has a maternal character in the Pokemon movie, Lugia has a loud male voice. Many of these strange aspects of Lugia go back to Shudo, a brilliant artist who occasionally encountered Game Freak. There was a lot of sadness in his life, although because of the tragedy he produced a beautiful Pokemon.

The Tragic story of Takeshi Shudo

Shudo was an integral part of the Pokemon franchise. He was the head writer of the original Pokemon anime series, as well as the first three Pokemon films, which led to him developing Lugia. However, he never intended for Pokemon to appear in any games, and was very surprised when he saw them in Pokemon Gold and Silver. However, things were not going well for Shudo when he designed Lugia. He abused alcohol and tranquilizers to an unhealthy degree as part of his creative process and became strangely obsessed with the Pokemon he created. It was a unique Pokemon, as it was the only one that was not created by a member of the Game Freak team.

Although Shudo had many eccentric ideas for Lugia, Game Freak executives discarded them one by one. At first, Shudo didn’t want Ash and Team Rocket to be in Pokemon: The Movie 2000, as he wanted to focus on Lugia and Lawrence III, the main antagonists, although this idea was rejected. In addition, he developed Lugia as a guardian of the sea, but in Pokemon games he got a Psychic/Flying Type to make him more competitive. Shudo also wanted Lugia to be a woman, but the Pokemon in the movie turned out to have a male voice. This was something that greatly upset Shudo, and he wrote about it until his death.

Unfortunately, Shudo’s drug use may have eventually caught up with him, as he died in 2010 at the age of 61, and the cause of death was determined to be a subarachnoid hemorrhage. However, his legacy lives on through Lugia, one of the most majestic Pokemon in the Pokemon world.