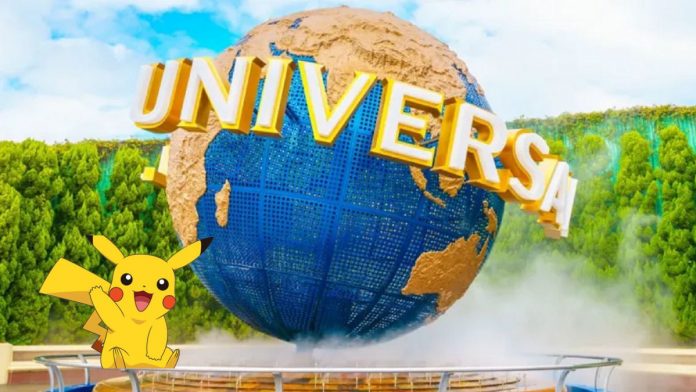 Pokémon: Both parties promise a long-term collaboration to bring new experiences to theme park visitors. The Pokémon Company and Universal Studios Japan have unveiled a long-standing agreement to develop creative ideas related to the Nintendo saga. These collaboration will try to explore different forms of entertainment so that the guests of the park enjoy “innovative technology” from next year 2022.

“Pokémon is loved by fans around the world,” said J.L. Bonnier, president of Universal Studios Japan. “We are honored to close a long-standing collaboration with The Pokémon Company to develop groundbreaking Pokémon entertainment at Universal Studios Japan.” According to his words, this will offer fun both to fans of the saga and to other visitors to the park. “Our efforts to create new experiences will continue to help revitalize the tourism market.”

For his part, the head of The Pokémon Company, Tsunekazu Ishihara, has also signed the agreement. “The incredible team at Universal Studios Japan has a creative vision and first-rate experience” when it comes to building technology related to theme parks. Ishihara has highlighted that for 25 years, the Pokémon series has become one of the most beloved entertainment brands, and has achieved it through video games, animation and more. “This strategic alliance reflects our commitment to providing Pokémon fun in every way possible.”

The expansion of Donkey Kong, in 2024

Universal Studios Japan has closed similar deals in recent years. For a few months now, Super Nintendo World has opened its doors. It is a section within the theme park, a world that will be expanded in 2024 with the opening of the Donkey Kong area. It will add a roller coaster, themed meal, and much more.

As for the Pokémon saga, it will soon receive two new titles. In addition to the remastering of Diamond and Pearl, which will be released on November 19 for Nintendo Switch, Pokémon Legends: Arceus is shaping up to be one of the most anticipated titles. It is an open world game that will be ready a few months later, specifically on January 28.

Lost Ark: “We made a mistake releasing the March patch so...