Home Entertainment Pokémon Arceus Legends: How Are The Alpha And Stately Pokémon Different? 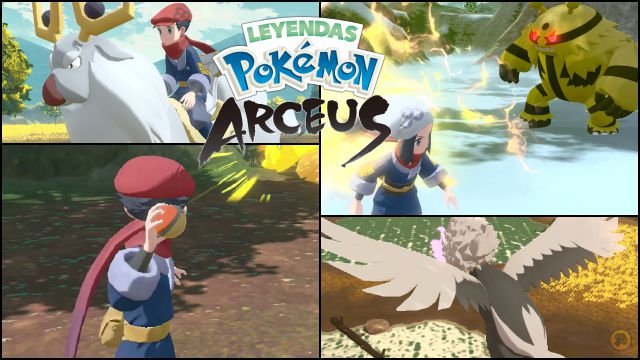 Pokémon Arceus Legends: These new types of Pokémon will be present in the environments of the Hisui region, each with its own peculiarities and characteristics. The Pokémon Company offered this Tuesday, September 28, a new trailer for Pokémon Arceus Legends focused on mounts, new game mechanics, facilities, customization, characters and the player’s own adventure during his investigations by Hisui. Among all the confirmed news, the confirmation of two new Pokémon creatures, the Alpha Pokémon and the stately Pokémon, stood out. In order for you to understand their individual characteristics well, we explain what they are and how they differ.

Our mission at Pokémon Arceus Legends is to complete the first Pokédex to date. We go back to a time long, long before the original works; when not even Sinnoh, which is where these installments are based, existed as such with the landscapes we saw in Pokémon Diamond and Pearl. At that time it was the Hisui region, with large open environments in which we will find wild Pokémon, objects to manufacture and missions in the form of orders (main) and orders (secondary). Some kind of expeditions with your base camp. Alpha Pokémon and Stately Pokémon will take center stage in investigations.

What are the Alpha Pokémon of Pokémon Legends Arceus?

Alpha Pokémon will be a larger than normal species with glowing red eyes. If they see us (we have to be cautious and opt for stealth mechanics) they will go after us and attack us as soon as they see us. These are Pokémon more powerful than normal; luckily, if we defeat them we will obtain rare items. In case of capturing them we will have new allies with (presumably) better characteristics.

SteamOS 3 Was Leaked On The Internet, See Now The Steam...