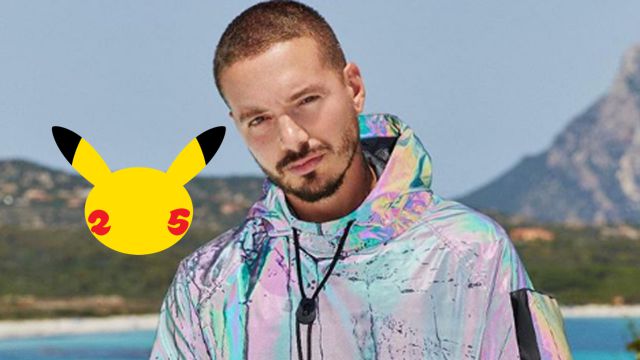 There is still an artist to be revealed, who will also participate in the album that will honor Pokémon on its 25th anniversary.

After Post Malone’s virtual concert, which could be seen in streaming around the world, The Pokémon Company continues to offer new information about the musical program they have prepared for the 25th anniversary of the saga. In fact, the program will run throughout the year. J Balvin will be one of the recognized artists who will collaborate with Pokémon within the P25 commemorative project in collaboration with Universal Music Group.

The reggaeton artist will participate in this project, which has been joined by figures such as Katy Perry or the aforementioned Post Malone. “Pokémon is giving it its all with P25 Music, and I am delighted to join this program as one of its main contributors,” says J Balvin. “I can’t wait to add my own personal touch to this huge Pokémon party and add even more fun to the celebration.”

In addition to Katy Perry and J Balvin, there is still a top-notch artist to be revealed. Each of them will publish a song inspired by pop culture born in the heat of Pokémon. As stated on the website, each of these themes will be accompanied by a music video, which will introduce an exclusive collection of promotional materials that honor the saga on its 25th anniversary.

It should be noted that all these collaborations will end with the release of an album, which will be titled Pokémon 25: The Album, published by Capitol Records under the Universal Music Group label. In total 14 songs by 11 artists linked to this record label. Included is a cover of the ’90s hit I only wanna be with you by Hootie and the Blowfish, performed by surprise at the P25 Music virtual concert.

Those who have missed the Post Malone concert can enjoy it on the official Pokémon channel on YouTube.

What does the White Deer of the Dragon House mean for...