Home Tech Pokémon: announcements will be made February 22-28 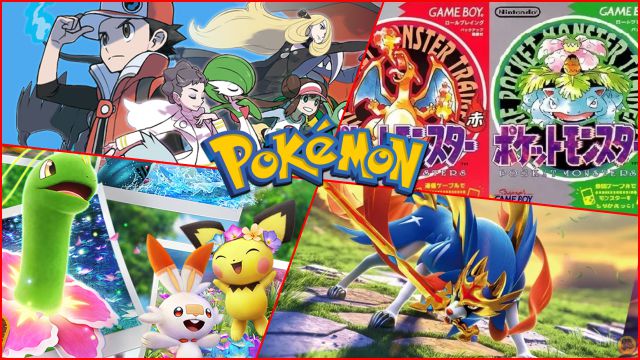 The Pokémon Company confirms that, in addition to the Post Malone concert, fans of the saga will have news in the form of announcements for the 25th anniversary.

The Pokémon Company has confirmed that there will be updates on the Pokémon saga during the week of the 25th anniversary of Pokémon (February 22-28, 2021). After learning that in the early morning of February 27 to 28 there will be a virtual concert of the rapper Post Malone, the official statement issued to the media also anticipates announcements for the followers of the license.

In addition, this reference is made both in the statement in English and in Spanish, so the margin for misinterpretation is minimal: “Throughout that week, fans will receive other announcements with news about the franchise,” it reads in the note, issued this Thursday afternoon. The 25th anniversary is, exactly, February 27th.

At the moment, we know that Pokémon GO will celebrate the Pokémon GO: Kanto Tour in style, while months ago we were told that the 25th anniversary of the saga would be celebrated in a “very special” way. This is where the information ends, so all that is said afterwards is speculation. Let’s review, however, what the fan is asking for, what the fan wants.

What are Pokémon fans asking for the 25th anniversary?

At this point, predicting what The Pokémon Company is preparing for the 25th anniversary, that is, for this year 2021, is very complicated. Leaving out the entire lineup of marketing products (deals like McDonalds, potential clothing brands, etc.) and foreseeable new expansions to the JCC (Trading Card Game), hopefully both Pokémon GO and Pokémon Masters will have celebrations. in the form of events.

Beyond there, we know that New Pokémon Snap will be released on April 30 exclusively for Nintendo Switch; developed by Bandai Namco and distributed by Nintendo. What about Game Freak? That is the question: we do not know. The desire of the fans leads us to some possible remakes of Pokémon Pearl and Diamond -of which we tell you here why they are such important installments in the saga-, but there are no indications beyond said desire, whose origin is based on that they would be the next installments to be reissued after doing the same with Ruby and Sapphire in 2014 for Nintendo 3DS and that last 2019 we had a main installment, Sword and Shield. Now I would play (according to that logic, which does not imply any type of security) a new remake; but currently there are no verified sources that corroborate the reliability of these statements.

Soon we will leave doubts.