Home Entertainment Pokemon Abilities that We would like our Pets to Know in Real... 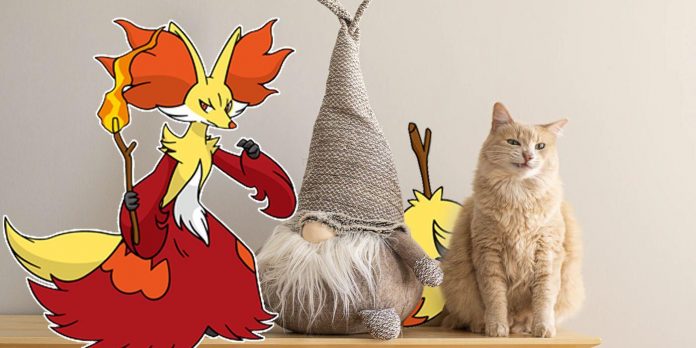 Abilities in the Pokemon universe have excellent field and combat effects for titled pocket monsters, but there are also many others that will be useful to pets in real life. Abilities are passive skills that usually act during combat, although some are activated outside of combat. Sometimes all it takes is a particularly strong ability to make the average Pokemon incredible, like the 6th generation Gale Wings on Talonflame.

It is also not uncommon to imagine Pokemon as pets. Even with their powerful abilities, Pokemon can often live alongside humans simply as companions rather than fighting. Whether they look like animals or are based on inanimate objects, Pokemon already have a lot in common with real pets. It goes without saying that real pets will also benefit from having certain Pokemon abilities.

With so many different effects, many different Abilities can be applied to pets, even on a niche basis. Calmer pet owners may prefer a pet with Truant, while more active owners will appreciate a pet with Early Bird. Some owners may search for pets with descriptions corresponding to certain Abilities, for example, people who prefer pets with Fluffy. In addition to the fact that even the most grumpy pets already have their own cute charm, some Pokemon abilities will be especially useful for most owners, as well as for the pets themselves.

Pet owners in regions with inclement weather will really benefit from pets with Air Lock or Cloud Nine. The weather effects will be nullified, but the weather itself will not stop. This is useful for people who enjoy a pleasant walk in the rain without the cold or want to go outside on a bright sunny day without the negative effects of extreme heat. Even in places where the weather is not always rainy or too sunny, a pet with Pokemon ability, such as Air Lock or Cloud Nine, can come in handy when any unexpected weather change occurs.

Families living in cold regions can appreciate a pet with a fiery Pokémon Ability body. Other abilities that may be useful depending on the general weather in the area include Hydration, Rain Dish, and even Ice Body. These Abilities will keep pets healthy even in the rain or hail, which is very convenient when an unexpected downpour happens on a walk. And anyone who lives in an area with a lot of thunderstorms will probably appreciate a pet with a lightning rod, as it will attract all electric shocks to itself and safely absorb them.

Pokemon abilities such as healer are great for keeping pets healthy.

Some Abilities would be useful for the overall safety of the pet. The regenerator can come in handy if two pets are playing too rough with each other, just like Natural Cure. Immunity can be one of the best Abilities that pets can have, especially dogs and cats that like to eat things they know they shouldn’t eat. Immunity prevents Pokemon poisoning even if they are holding a Toxic Orb item, which would be great for dogs and cats who might accidentally find their way into their owners’ hidden chocolate caches, or for stray cats in areas with gardens full of lilies and other flowers incredibly poisonous to them.

Another useful ability for pets is the healer, which heals the state of an ally. They can maintain the health of their siblings and even help treat illnesses when their owner is ill. These supportive abilities have a wide range of uses and will be useful to any pet.

Many pets and their owners can benefit from such abilities as “Selection”, “Harvest” and “Honey collection”. It goes without saying that it is incredibly valuable for a pet to conveniently find useful items and food, including useful Pokemon berries, in order to give them to their owners. A pet with a Harvest can make a great team with someone who has the Maturation to provide a potentially endless source of Berries with increased effects. A magnetic attraction pet can also serve as a live metal detector and ensure that the owner never loses his keys.

Some Pokemon abilities, such as levitation, will make pets even more fun

Levitation is one of the most common Pokemon abilities. It gives immunity to ground-type attacks as if it were part of a flying type, without any of the usual flying weaknesses. This immunity may not be very relevant for pets, but it would still be great if pets had them. Levitating pets would provide a whole bunch of shenanigans and would allow you to make some amazing videos.

Schooling is another Ability that would be useful for pets, especially fish like Vishivashi, for entertainment, even if it might be a little overwhelming for the owner.

What did Jane whisper to Thor in “Love and Thunder”? Natalie...