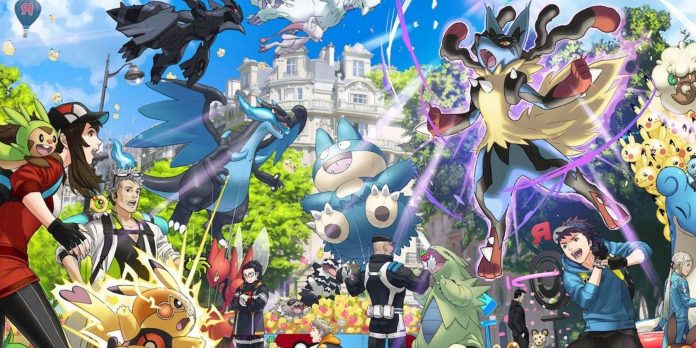 On August 18, the Pokemon 2022 Championship series kicked off, when Pokemon trainers from all over the world gather in London, England to see who is actually the strongest of them. Next weekend, participants will participate in Pokemon TCG, Pokemon VCG, Pokemon GO, Pokemon Unite and Pokken Tournament DX tournaments. However, when the event started, an announcement was made. Plans for a series of Pokemon championships in 2023 have already been confirmed.
Firstly, and most importantly, the games that are planned to be presented in the Pokemon Championship Series 2023 have been confirmed. Pokemon, Pokemon GO and Pokemon Unite will return to the game. It is also confirmed that Pokemon VCG events will be moved to the latest Pokemon franchise games, Pokemon Scarlet and Pokemon Violet. The focus of the Pokemon Championship Series 2022 will be four different games. There are no obvious plans to include Pokken Tournament DX in next year’s events.
RELATED: Pokemon World Championship Expands to Include More Games
As in previous years of the Pokemon Championship series, all games will be divided into three age groups. The Junior Division is intended for young participants born in 2011 or later, the senior division for those born between 2007 and 2010, and the Masters division for those born in 2006 or earlier. In other words, the age groups for Pokemon competitions are usually divided into categories up to 12, 12-16 and 16+.
The Pokemon TCG and Pokemon GO Regional Championships will begin this September in North America, Europe and Latin America. Regional events in Oceania will be announced later. There will also be regional games for Pokemon Scarlet and Violet, but obviously you will have to wait for the launch of the games. Expect events for the new Pokemon games to begin in January 2023. As for Pokemon Unite, additional information about its championship series will appear in 2023.
Those who hope to take part in one of the Pokemon Championship Series 2023 events should visit the official Pokemon website and search for their local regions, especially since they will begin next month. There are very few regions, so it is important to plan ahead. No Pokemon trainer wants to miss the tournament because of an error in the schedule.
Meanwhile, Pokemon fans can enjoy the Pokemon 2022 Championship series, which is being streamed live on Twitch now and over the weekend. This is a great way to see what high-level Pokemon competitions look like in motion. And this should give novice champions an idea of how to create a Pokemon team to win the Pokemon Championship Series tournament next year.