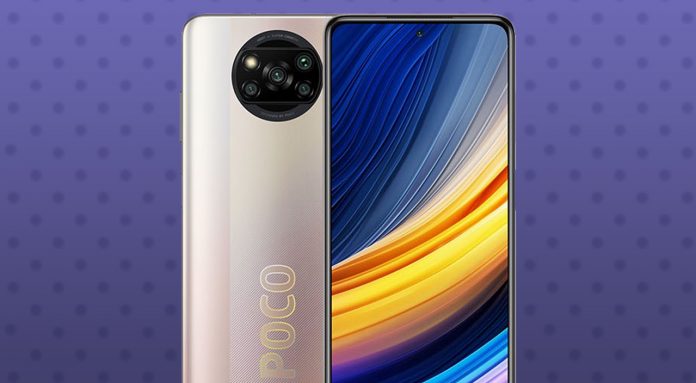 The highly anticipated POCO X3 Pro model is officially unveiled today. The phone, which was announced at the company’s online launch, attracted attention with its successful hardware features.

POCO, which served as a sub-brand of Xiaomi until last year, now continues its way independently. The company appeared before its consumers with the POCO F3 and X3 Pro models today. Not only for the Chinese market, but globally announced phones have already become the center of attention. The price tags, which have budget-friendly figures compared to their features, surprised everyone.

The X3 Pro model, which has a 6.67-inch LCD Full HD + display, has a touch sampling rate of 240Hz. Keeping up with all conditions with its dynamic refresh rate, the device automatically switches up to 120Hz. In lower capacity applications, the phone automatically drops up to 50Hz. In this way, it is planned to achieve a qualified energy saving. Corning Gorilla Glass 6 glass protection technology is used in the device.

POCO X3 Pro stands out with its powerful performance. Powered by the Snapdragon 860 chipset designed by Qualcomm, the phone includes 6 / 8GB LPDDR4x RAM capacity options. On the storage side, there are two options of UFS 3.1 128 / 256GB. However, for users who do not want to be content with this, an expandable microSD card input up to 1TB is allowed.

Confident in battery performance, the POCO X3 Pro has a battery capacity of 5,160 mAh. The company claims that this can serve users for 2 days. In this way, it is claimed that 11 hours of gaming, 18 hours of video watching, 6.5 hours of 1080p video recording and 117 hours of music can be listened to. In the fast charging system, 33W systems are used.

Announced with black, bronze and blue color options, the X3 Pro model has two different configurations. These are as follows:

However, the company keeps the price of the phones to be pre-ordered on March 24 at a discount until April 1. It is emphasized that an advantage of 50 Euros will be applied in both versions. In other words, the initial version drops to 199 Euros and the top model drops to 249 Euros.

PS5 Speeds Up Screenshot Uploading Via Mobile App; How To Activate...

Fortnite Returns 3 Weapons That Only Old Players Will Remember