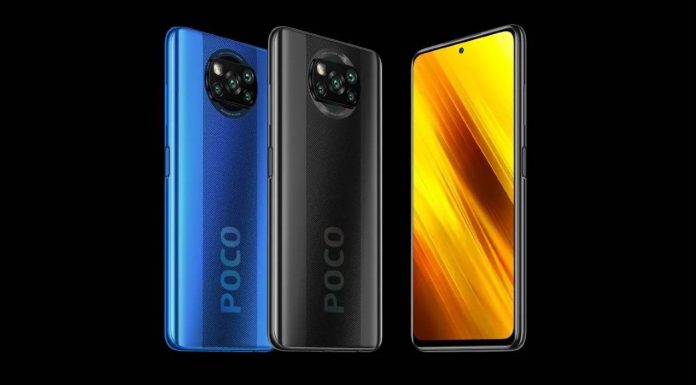 Poco X3 Pro and F3 appeared at the event held today. As expected, the Poco F3 has the same design as the Redmi K40 introduced last month. The X3 Pro, on the other hand, is the version of the X3 with more powerful features, as can be expected.

At the heart of the Poco X3 Pro is the new Snapdragon 860 processor, which can be described as the accelerated version of the Qualcomm Snapdragon 855 Plus. 120 Hz LCD screen, 48 megapixel main camera and 5160 mAh battery are the other highlights of the phone.

Poco F3 has a 120 Hz AMOLED display. The processor of the phone is Qualcomm Snapdragon 870.The phone with 5G support provides the energy it needs with a 4520 mAh battery. This battery supports 33W fast charging

The Poco X3 Pro has a 6.7-inch Full HD + resolution LCD screen. The refresh rate of this screen, as we mentioned above, is 120 Hz. The screen with a touch sampling rate of 240 Hz is protected by Corning Gorilla Glass glass. The maximum brightness level of the screen is 450 nits.

The Poco X3 Pro is accompanied by a Qualcomm Snapdragon 860 processor with 6 or 8 GB of RAM. The version with 6 GB RAM offers 128 GB of storage space. The storage space of the version with 8 GB of RAM is 256 GB. The Android 11 operating system is complemented by the MIUI 12 user interface on the smartphone. 5160 mAh battery and 33W fast charging are also among the features of the phone.

Behind the Poco X3 Pro is a quad camera system. Here, the 48-megapixel sensor takes over as the main camera. An 8-megapixel ultra-wide-angle camera and two sensors with 2-megapixel resolution complete the system. There is a 20 megapixel camera on the front of the phone.

The phone with dual speakers comes with high resolution sound support. The fingerprint scanner of the phone is also placed aside. The battery is charged via the USB-C input.

The Poco F3 has a 6.67-inch full HD + resolution AMOLED display. The touch sampling rate of the screen with a refresh rate of 120 Hz is 240 Hz. At the heart of the phone is the Snapdragon 870 processor, which also brings 5G support. This processor is accompanied by 6 GB of RAM and 128 GB of storage, or 8 GB of RAM and 256 GB of storage. The fingerprint scanner of the phone, which has the Android 11 operating system and the MIUI 12 user interface, is also placed aside.

In the Poco F3, the 48-megapixel sensor takes over as the main camera. An 8 megapixel ultra wide angle camera and a 5 megapixel macro camera are other members of the system. The phone, which has a 20 megapixel front camera, provides the energy it needs with a 4520 mAh battery. This battery with 33W fast charging support can be charged via USB-C input.

The European price of the 6 GB version of the Poco F3 Pro is 349 euros. Those who want 8 GB of RAM will have to pay 399 euros. In the early period between March 27 and April 6, phones will be available for 299 and 349 euros, respectively.