Home Tech Poco X3 Pro: a new powerful phone is on its way 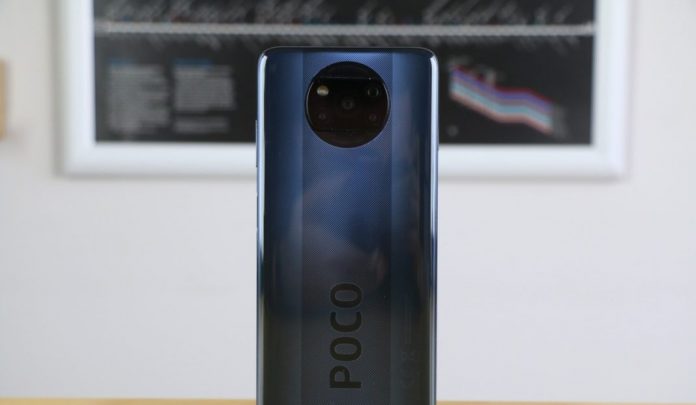 The Poco X3 Pro smartphone has been spotted on various regulatory agency websites abroad. The device has recently appeared on FCC, EEC certification sites. IMEI is also registered in India, which means the device’s exit in India is not far away. The Poco X3 Pro will likely be a mid-range phone with a flagship processor.

According to a report from XDA-Developers, the upcoming Poco devices will be named Poco X3 Pro. This phone was identified on the American Federal Communications Commission site with the model number “M2102J20SG”. A device with the same model number was also detected in the IMEI database.

Also, the news claims that the Poco X3 Pro device is currently codenamed “vayu” and “bhima”. These are described as two different types of the same phone. The Poco X3 Pro is also expected to be powered by Qualcomm’s SM8150 platform, which refers to the Snapdragon 855 processor. In addition, the phone can be equipped with a quad camera setup consisting of a 48MP wide camera, ultra wide lens, macro and depth sensor.

According to other certificates Poco X3; It will have dual-band Wi-Fi, NFC and 4G LTE support. There is no mention of 5G support for now. Snapdragon 855 is an octa-core chipset clocked at 2.84 GHz and is built on the 7nm manufacturing process. OnePlus 7, Samsung Galaxy S10 Lite, Redmi K20 Pro, LG G8X and more devices are powered by the same chipset.

While the chipset on the Poco X3 Pro may seem outdated, it’s worth noting that Anju Sharma from Poco India said it was “almost impossible” to create a product like the Poco F1 today. As smartphone prices have also gone up with the cost of 5G components over the past few quarters, Poco can only roll out with a 4G-only Snapdragon 855 processor, which will be the same in cost and also offer consumers a flagship-level experience without breaking their budget.

The flagship killer Redmi K40 Pro is on the stage!