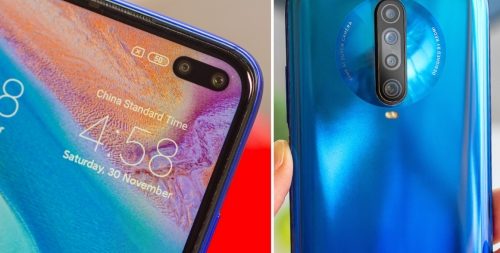 Poco, one of the sub-brands of Chinese smartphone manufacturer Xiaomi, is selling its device named Poco X2 in India. The phone, which will go on sale on Tuesday, March 3, also offers a discount this time.

Poco, one of the top players in the smartphone world, made a comeback to India as a different brand with the release of Poco X2. The device has rebranded the Redmi K30 and is available with Atlantis Blue, Matrix Purple, Phoenix Red options.

The phone was launched on February 11 from the 15.999 Indian Rupee band. The company announced today that it will be available on Tuesday, March 3. It was also stated that a discount opportunity corresponding would be offered in the new sale.

Hardware features
To revise the features of the Poco X2, the device has a 6.67 inch, FHD +, Reality Flow screen. The screen also features a 120 Hz refresh rate. On the front of the device, two cameras, 20 MP and 2 MP, find themselves.

Looking at the back of the device, it is seen that there is a quad camera design. While the main sensor of these four cameras is Sony’s IMX686 64 MP, this camera is accompanied by an 8 MP ultra wide-angle lens, 2 MP super macro lens and 2 MP portrait lens. The device, which comes with RAW support, can shoot 960 FPS slow motion videos.

Poco X2; It comes with a curved, glass coating that is protected by Corning Gorilla Glass 5. The fingerprint reader sensor of the device is on the side. The phone, which supports 27 W fast charging, also has a battery of 4,500 mAh. The device comes out of the box with the Android 10 operating system with MIUI 11.

At the end of season 4 these players will leave

Spotify, Apple One is unfair practice

PlayStation talks about the PS5 effect of coronavirus