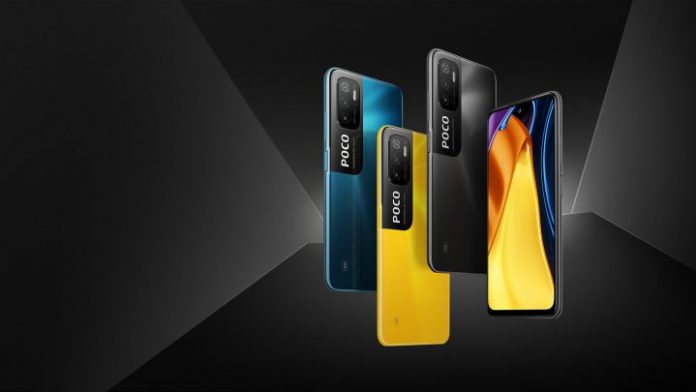 POCO M3 Pro: Xiaomi has many divisions in the world of smartphones. Redmi is one of the best known, and that now operates autonomously, but it also has the Poco series that also has a lot to say. Now with everything that happens in the world of smartphones and that 5G is increasingly popular, the firm wants to expand with its new POCO M3 PRO 5G terminal offering a mobile phone below 200 euros.

The improved version of the POCO M3

We have in front of us the new POCO proposal with an improved version of the terminal that we saw at the beginning of May. This time the POCO M3 Pro is a terminal that looks different in design from the previous model and provides interesting improvements starting because it is a 5G smartphone. But we are going to go through parts visualizing what the terminal is like on the outside and inside.

We start with the 6.5-inch IPS-type screen and with a FHD + resolution. It also has nothing to envy to other terminals in refresh rate, since it has 90 Hz that will make everything go smoothly. In its upper part, in a centered position we find an 8 MPX lens. If we focus on its back we see how the signature breaks with the encapsulation of the standard version.

It turns out that the POCO M3 Pro 5G has taken the pattern that Samsung has left with an encapsulation placed on one side of the terminal and with two rounded ends. Here the name of the brand will be big, as well as the three lenses that it incorporates. Its layout is 48 + 2 + 2 MPX, these being the main lens, macro lens and depth sensor respectively. With them you can record in 4K resolution at 30 fps and also has built-in HDR.

The interior of the POCO M3 PRO 5G

It’s time to take a look inside the POCO M3 PRO 5G. Here we find one of the most popular chips for 5G: the MediaTek Dimensity 700 5G. We have seen this same chip inside another recently presented device, which is none other than the Realme 8 5G.

Returning to the Xiaomi terminal, this chip will have the support of 6 GB in its RAM memory, 128 GB of internal storage and a battery that reaches 5,000 mAh with 18w fast charge. The good thing is that the box comes with a charger that reaches 22w, so you will always have the top of the charging speed or take advantage of its maximum capacity for other phones in the house that are faster.