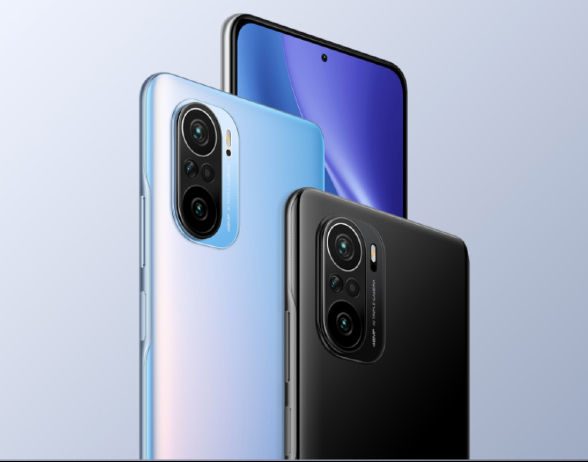 The Poco F3 will be revealed at the event today. However, with few minutes left for the introduction, leaks related to F3 continue. The newest of these leaks allows to see the design of the phone.

The image, which clearly shows the color options and design of the Poco F3, which is stated to be released in India as Xiaomi Mi 11X, was shared by the famous sensor Ishan Agarwal.

In Agarwal’s post, the Poco F3 seems to be very similar to the Redmi K40, which was introduced in China last month, in terms of its design. There is a triple camera system on the back of the phone. In this system, there is a small third sensor placed between two large sensors. It seems likely that the high resolution main camera in the system will be complemented by an ultra wide angle camera and a macro camera.

The same visual allows you to see the Poco F3’s three color options. In addition to the standard black and white, there is also blue here. The Poco logo is written in capital letters on the back of the blue Poco F3. In addition, the presence of the 5G label on the back panel draws attention in black and white models.

The Poco F3 will be a performance-oriented phone. It is known that the Qualcomm Snapdragon 870 processor will be found at the heart of the smartphone. This processor is a core-accelerated version of the Snapdragon 865 Plus. It is necessary to wait a little longer to hear all the details about the Poco F3.

WandaVision: end of Marvel series will be revolutionary