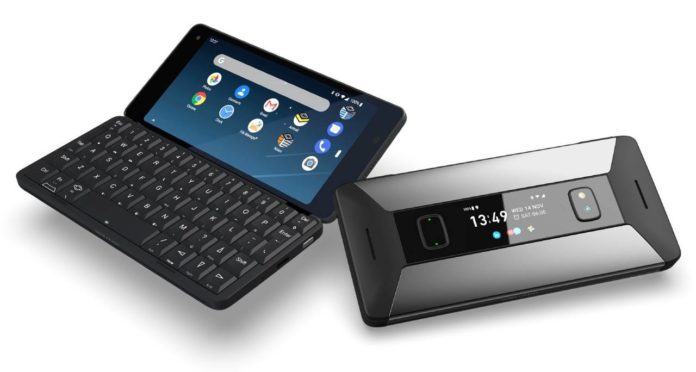 The Cosmo Communicator, which has been introduced in the past years, has a Q keyboard and a computer with multiple operating systems. This support, which is the result of the company’s cooperation with the Linux community, allows users to run more applications.

Last year, a company called Planet Computers announced its portable pocket computer, which it said would support other operating systems, including Linux. This pocket computer, inspired by the Psion Series 5 PDA, released in 1990, was introduced to run Linux and Android, but it was not exactly that.

Until now, the handheld computer, which lacked dual operating systems, used Android as its default operating system and did not offer the possibility to switch to Linux. With the recent increase in interest in Linux-based smartphones, Planet Computers fulfilled its promise, albeit a little late, and offered Linux support for Cosmo Communicator.

Cosmo Communicator offers KDE and Linux support:
Different from ordinary mobile devices, Cosmo Communicator and its predecessor, Gemini PDA, are more like past miniature laptops than modern smartphones. Thanks to the new TWRP support, devices that are not only doomed to Android now allow multiple operating systems to be installed according to the company’s descriptions.

According to the statements made by Planet Computers, the Linux option has emerged as a product of collaborating with the Linux community. At this point, adding Linux and KDE supports to the device allows users to run more applications. However, the company says it will continue to receive Android firmware updates for devices partitioned for dual operating system support.

To mention the hardware part, the Cosmo Communicator, which uses the ARM-based MediaTek Helio P70 processor, offers a 5.99-inch FHD + screen. There is 6 GB of RAM in the memory part and 128 GB of internal memory with microSD support in the storage part. The device, which has a built-in 4G modem, also includes a battery of 4.220 mAh.