Home Entertainment Pluggable Claims That Its USB Adapter Allows You to Connect up to... 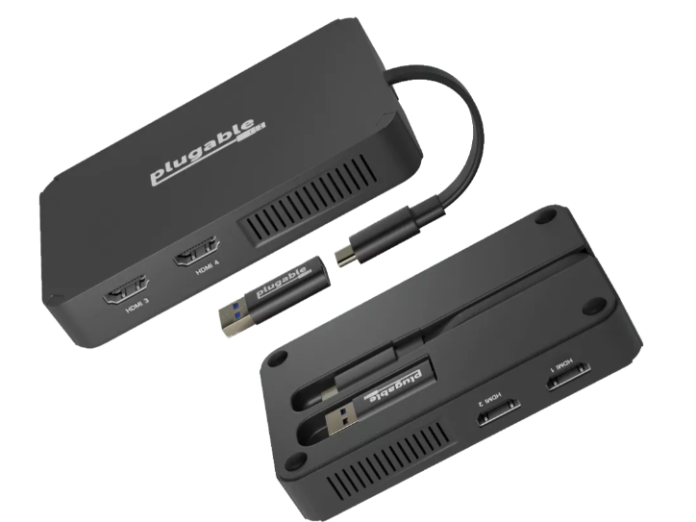 Why it matters: Apple promoted its ARM-based processors because of their performance advantages per watt compared to x86-based systems, and tests showed positive results. However, users with multiple monitors are at a disadvantage on all but the most expensive Apple Silicon models. Plugable says it has a relatively cheap solution, though admits there are caveats and there are currently no reviews.

This week, the Plugable adapter manufacturer released its USB-C or USB 3.0 — Quad HDMI adapter (USBC-768H4), a USB hub designed to provide maximum convenience with a five—panel PC. It supports Windows 10 and 11, as well as macOS Big Sur and later versions. The company emphasizes the usefulness of the adapter for Apple M1 and M2 devices.

Apple says that Macs with M1 or M2 processors can only use one external display via a Thunderbolt or USB 4 connection, and M1 Pro Macs can connect to two. The more expensive M1 Max and M1 Ultra devices allow you to use up to five.

Instead of upgrading the entire system for hundreds of dollars, the Plugable adapter allows users to add four external monitors for $120. Since the hub is brand new, critics and buyers have not yet left reviews.

The connectivity also made the USBC-768H4 relatively portable and easy to set up. It gets all the power it needs from the PC via a USB 3.0 or USB-C connection, so it doesn’t need an extra outlet. Users simply connect a USB cable to a PC, and then connect the monitors via four HDMI ports.

The USBC-768H4 bypasses Apple’s limitations with a Silicon Motion chipset and a unique driver instead of an alternative USB-C mode. In Windows, the driver is installed automatically when the adapter is connected. However, Mac users must manually install a separate application.

The main limitation is that the Plugable hub limits the connected displays to 1080p and 60Hz. However, it is also important that Silicon Motion currently does not support any graphics-intensive tasks. Plugable assumes that customers will only use it for basic applications such as Microsoft Office or Google Docs.

In particular, Silicon Motion is currently incompatible with many display functions, such as HDCP, game graphics drivers, display rotation, night mode, and color calibration. Plugable also does not recommend using the adapter on Linux and ChromeOS systems.

The USBC-768H4 is already available at Amazon, Walmart, Newegg and other stores.