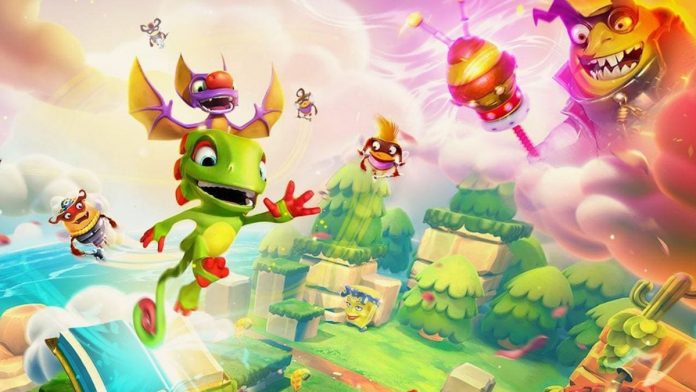 The studio, made up of some Rare veterans, is working in the shadows on a new title, about which nothing is known.

With Yooka-Laylee, Playtonic Games studio tried to capture the spirit of Rare’s three-dimensional platformer. And it is not for less, since several of its members were veterans of the British study. The second installment, Yooka-Laylee and the Impossible Lair, shared the same characters, but modified her play style to offer a 2.5 D development. Now, the developer faces the future with a secret project, which will be announced soon.

This has been confirmed by Playtonic Games itself in a publication on its official Twitter account. “We want to give our community, our friends, a giant hug,” they write. “We know you are wondering what we are cooking, but while we can’t say anything yet, something will be revealed soon.” Will it be a new installment of Yooka-Laylee? Perhaps a completely new intellectual property? Or will they work on an already established saga? For now, it’s time to wait.

No they ain’t working on Banjo-Kazooie

Given the rumors that appeared about the possibility that Xbox Game Studios had bought Playtonic Games, the developers categorically denied it; also that they were shaping a new chapter in the Banjo-Kazooie saga, currently fallow. According to the statement, they hate “being the bearer of bad news” that players do not want to hear: “We are not working on any Banjo-Kazooie games and we remain an independent studio.”

The speculation began when Playtonic Games announced the signing of Ed Bryan, since in the photo he was leaving with a Microsoft backpack. However, the goal is to continue to progress as an independent company and use all the knowledge that they have gathered throughout all these years to continue creating new universes of characters.

Yooka-Laylee characters have been designed to fit into any type of game, regardless of genre. In the presentation of the second part, Mark Stevenson even said that they would work “in a football game”.

Realme 7 and 7 Pro arrive in Brazil on January 7