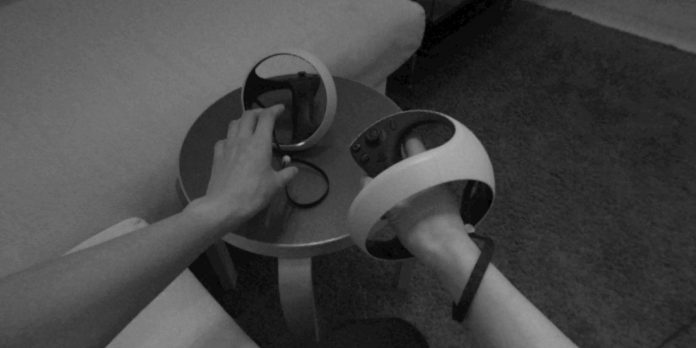 Sony officially introduced the PS VR2 in January of this year. The PS VR2 comes with improved specs and exciting new features, including enhanced visuals and lots of technology for better tracking. Sony has released a new blog post detailing how PS VR2 aims to improve user experience.

Probably the biggest new feature is called See-Through View, which allows players to see their surroundings while wearing a headset. As an example of its advantages, you can use it to search for PS VR2 Sense controllers without removing the device. Players can enable See-Through View by pressing the function button on the headset or using a specific map in the Control Center. Sony then explains that See-Through View is for viewing only and does not record the footage.

Another handy feature allows users to customize the PS VR2 gaming area using PS VR2 Sense controllers and cameras. Players can use cameras to scan their room before customizing the playground to suit their surroundings. They will see a warning if they approach the boundary set using this method, and this will probably ensure that users do not accidentally touch any furniture or object in the room.

Finally, the message mentions VR mode and PS VR2 cinematic mode. VR mode allows players to experience VR game content in a virtual environment. This content will be displayed in the HDR 4000 x 2040 video format with a frame rate of 90 Hz/120 Hz. In cinematic mode, gamers can see the PS5 user interface along with all non-virtual reality content on a virtual screen. In this mode, the image will be displayed in the HDR 1920×1080 video format with support for frequencies up to 120 Hz.

In addition, the PS VR2 allows users to broadcast themselves while playing by connecting the PS5 camera to their consoles. The blog post ends with confirmation that Sony will soon share more information about PS VR, including the release date and the software library. To date, Sony has already introduced notable games for PS VR2, including Horizon Call of the Mountain and the VR port of Resident Evil Village.

The new features introduced in this blog post are likely to have a significant impact on the user experience. Both See-Through View and the ability to customize the game area sound like welcome additions, and VR and Cinematic modes allow users to interact with PS VR2 in other meaningful ways. The post seems to suggest that Sony is preparing to launch the PS VR2, so fans won’t have to wait long before they get more information.