Home Entertainment PlayStation Suspends Its Sales In Russia: Neither Video Games Nor Consoles 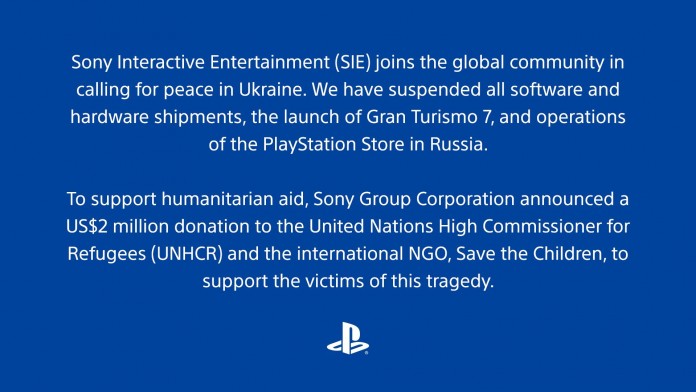 PlayStation: The Japanese firm paralyzes all its operations in the Russian country, one more sanction for the country as a result of the war with Ukraine. Sony Interactive Entertainment has announced the cessation of its commercial activities in Russia. Shortly after the end of the State of Play held on Wednesday night, the official PlayStation account on Twitter has extended the news that the CNBC chain advanced some time before: PlayStation paralyzes its sale of both consoles and video games in the Russian country, including the indefinite suspension of purchases through the PlayStation Store of PS5 and PS4 titles.

PlayStation took a first step days ago by paralyzing the sale of Gran Turismo 7, but so far it was an isolated case. Now, residents of the country led by Vladimir Putin will not be able to carry out any type of operation on the PS Store, since the measure has been applied immediately. “Sony Interactive Entertainment joins the global community in calling for peace in Ukraine,” he begins the message, posted around midnight on March 9.

Likewise, Sony Group Corporation has announced a donation of 2 million US dollars to the United Nations High Commissioner for Refugees (UNHCR), as well as to the non-governmental organization Save the Children to “help the victims of this tragedy”.

The video game industry is paralyzed in Russia: chain of sanctions

Sony Interactive Entertainment is not the only one that has applied sanctions or restrictions on its operations in Russia. During these last days we have known the cessation of the eShop in the Russian country (added to the indefinite delay of Advance Wars 1 + 2: ReBoot Camp throughout the world given the situation) and other world publishers such as CD Projekt, Epic Games, Microsoft or Electronic Arts. Just this week The Pokémon Company announced a $200,000 donation, while 11bit Studios has raised over $700,000 through the sale of This War of Mine.

Those who wish can join the Itch.io solidarity bundle, which offers almost 1,000 video games and products to support Ukraine with a minimum donation of 10 dollars.

How the TV show “Alien” draws inspiration from the first two...