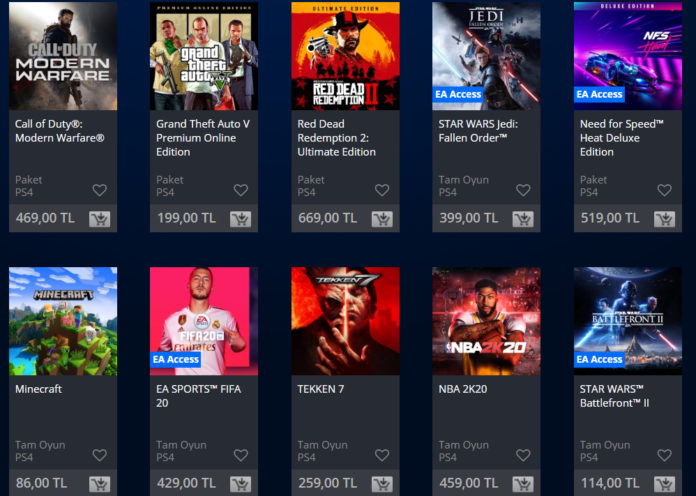 PlayStation Store discounts have finally begun. When it turned out that discounts were previously canceled and the “Opportunities” tab was removed, users decided to boycott. After the sale, PlayStation Store price differences also appeared.

Changes made on the PlayStation Store were protested in the news that came out last week. While many game platforms went on sale, PS Store made the discounts later.

We looked at the “Most played games” tab to see how much discounts were made. This section includes the most preferred games by PlayStation players. In this tab, it is seen that there are discounts in some games and not in others.

As a result of the discounts made, it is also wondered how the players who decided to boycott will react. Many people at home due to outbreak measures spend their time with console games. While other game platforms were making discounts, the lack of a discount in PlayStation Store was a reaction.