Home Entertainment PlayStation Plus Video Pass is real, for now in tests: movies and... 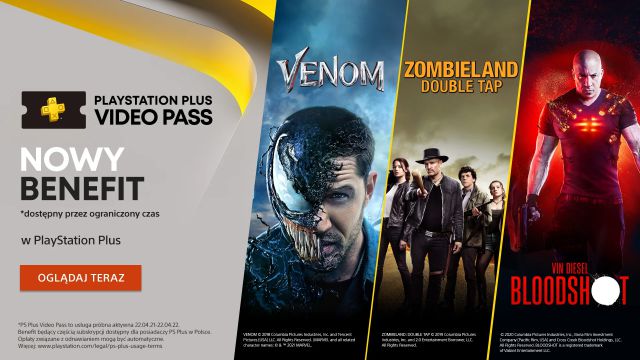 Nick Maguire, vice president of global services at SIE, has stated to the Polish media Spider’s Web (English translation VGC) that they do not intend to bring PlayStation Plus Video Pass to other territories at the moment; everything will be communicated in due course. The reason why they have decided to launch Video Pass only in that country is purely strategic, they want to check its performance, reception by the players and other aspects that will determine the future of the service and its eventual expansion to more regions.

“We want to see how the players will benefit from a serve like this,” he begins by explaining. The trial period will run from this April to April 22, 2022. “What titles do they see, what are their concerns, how often do they use it …”, he exemplifies.

“At this time, however, I cannot say if it will be created or if the test phase will move to other markets, as well as what the future is for PlayStation Plus Video Pass after the test phase. “We know that we have a large player base in Poland, who stand out for their commitment and activity on the Internet and social networks,” he argues. “They also like to use video on demand platforms”, a combination that they describe as “perfect” for having chosen this Eastern European territory.

Judging by the only leaked image from the service, movies like Venom, Bloodshot, and Zombieland Double Tap are on PlayStation Plus Video Pass; all of them from Sony Pictures. The company’s commitment to expanding its entertainment offering continues. The first gesture dates back to last March, when they decided to eliminate the sale of movies and series from the PS Store as a reflection of a growing market trend towards VOD streaming platforms.

Masters of the Universe: Saving Eternia – Fans complain about the...