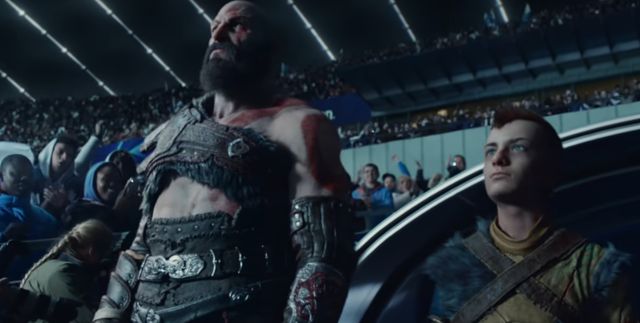 PlayStation: It is a collaboration between Sony and UEFA, a relationship that has been in place for almost a quarter of a century. Kratos, Nathan Drake, Aloy, Ratchet and Clank … there are many characters that have been born under the bosom of PlayStation, and many of them appear in the new advertisement published by Sony. As official sponsors of the UEFA Champions League, these charismatic protagonists have become footballers for a day and have stepped onto the grass. You can see it in the trailer on these lines.

“As a long-term sponsor of the UEFA Champions League, we have enjoyed more than 24 years of collaboration with UEFA on unique football experiences,” said PlayStation’s Jill Erb. “To help celebrate this shared passion for soccer and video games, we are delighted to present the new ad that will appear during Champions League soccer matches starting October 19, starring some of the brand’s most iconic characters.” .

Each hero has his role

In the ad we see several scared players when they realize that Kratos and Atreus are going to play on the opposite team. Next, Ratchet and Clank appear through an interdimensional portal to rescue an injured soccer player. Horizon Forbidden West’s Aloy uses his tactical experience to lead the club to victory. Instead, Nathan Drake uses his adventurous abilities in order to cheer on his team from the top of the stadium.

The new generation of Sony is already in stores, although since its launch the flow of machines has been sporadic. Both PS5 and Xbox Series X / S are suffering from the semiconductor shortage crisis. Meanwhile, PS4 still has life, since titles like Horizon Forbidden West, Gran Turismo 7 or God of War: Ragnarok are intergenerational projects.

Beyond 2022 it is unknown if PlayStation Studios is working on more joint projects for both consoles. Time will tell.