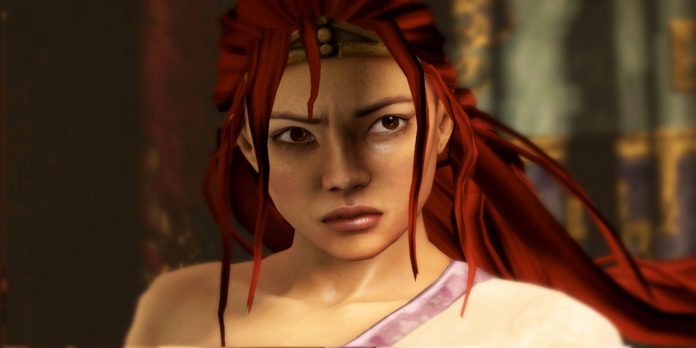 Heavenly Sword is a PlayStation exclusive that can only be played on PS3, as Heavenly Sword is not available on PS Plus. Despite this, fans hope that Sony will do everything possible to bring back this forgotten PS3 game.

Heavenly Sword is an exclusive PlayStation game developed by Ninja Theory and released in 2007. Although Ninja Theory is now an Xbox studio, PlayStation still owns the intellectual property rights to Heavenly Sword, so if the company wanted to remake the game, then it would have the opportunity to do so. This is exactly what fans are hoping for, as the game and many others on the PS3 will benefit from the remake. Heavenly Sword is a PS3 game without trophy support, so it would be even more useful for it to get a possible remaster.

Heavenly Sword fans claim that the game is underestimated and deserves a remaster or sequel. He had the potential to launch a PlayStation franchise similar to God of War, as he showcased actor Andy Serkis as a villain and quickly gained a fan base among players. The reception was positive, despite the short duration of the game, and more than a million copies were sold. Reports suggest that the Heavenly Sword sequel was supposed to be an open world with an interactive environment.

It was reported that future releases are in development, although Sony canceled the sequel to Heavenly Sword because the company did not see an opportunity for financial gain. However, Sony could take the Heavenly Sword sequel off the shelf, as the assets for the canceled game were already being worked on. The remaster will also give Sony the opportunity to return to their exclusive IP addresses for future releases.

PS3 is not included in the PlayStation subscription service, which may further encourage fans to protect the PS3 library, and Heavenly Sword is also one of the rare PlayStation exclusives that has not received either a remaster or a sequel, so it’s understandable why players are hoping. that the company will remember this once popular game. Fortunately, Heavenly Sword is still available at a reasonable price, but it is unknown how long this will last, as PS3 games may be lost in time if Sony does not give priority to its classic library of games to what PlayStation Plus has to offer.

Heavenly Sword is available on PS3.

What are “whales” in video games