Home Entertainment PlayStation exclusives that should appear on PC after the release of Marvel’s... 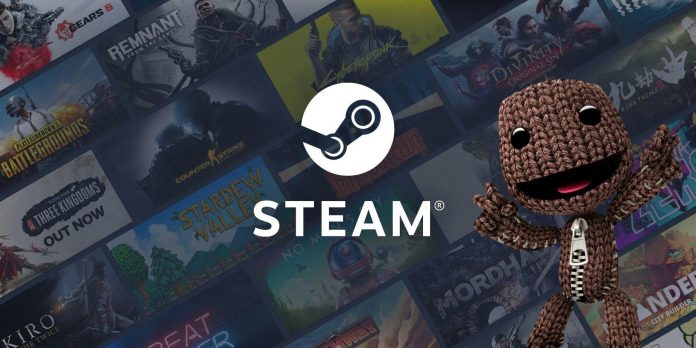 In the 28 years that PlayStation systems have been in the homes of millions across the globe, it has built a reputation for quality experiences that few have been able to replicate. From the original to the PS5, there are so many games that are worthy of praise as well as a few that are less than stellar. Exclusives have been the bread and butter for Sony for a very long time, and as developers like Guerrilla Games, Naughty Dog, Sony Santa Monica, and Sucker Punch continue to set the bar for single player experiences, the company’s status in the industry is only likely to increase.

However, in recent months it’s been clear that Sony is doing more to ensure its games are reaching a wider audience. Many PlayStation-exclusive games have made the jump to PC, so Steam users have been granted the chance to experience Aloy’s journey in a post-apocalyptic world or, eventually, Peter Parker’s quest to save New York when Spider-Man launches on the platform later this year. The rich history of PlayStation means that there are more exclusive games that could come to PC in the future, though, and fans could be salivating at the opportunity to play them.

One of the most revered games from Tokyo-based company FromSoftware, Bloodborne is known for its crushing difficulty, gorgeous aesthetics, and fantastic melee gameplay. The fictional city of Yharnam is one of the best settings in gaming, and despite the PS4 selling well during its life cycle, there are plenty of gamers who don’t have the means to experience all it can offer. Both Sekiro: Shadows Die Twice and Elden Ring are on PC, so it’s not a leap to presume Bloodborne would be at home on the platform, but a PC release remains elusive.

Bloodborne has been isolated to the PlayStation 4 since its release, and the commercial success of the PS5 hasn’t swayed FromSoftware to release a remaster of the game with updated graphics and mechanics. Fans have been pleading the developer for an official 60 frames per second upgrade, and the PC may be the best way to accommodate this request. The game relies on such a meticulous and pinpoint combat system and double the frames would go a long way to making it even more replayable. Bloodborne feels like a product of its time in 30fps, and as the PC platform is known for its power, it could be the best way to give fans what they want.

While Uncharted 4 and Uncharted: The Lost Legacy will be released on PC later in the year, the first three games remain unavailable on the platform. Drake’s Fortune, Among Thieves, and Drake’s Deception are some of the most critically acclaimed games on the PlayStation 3, and a crowning achievement for developer Naughty Dog. Nathan Drake’s adventures through the bustling streets of Cartagena, harsh mountains of the Himalayas, or the tropical jungles of the South Pacific are loved by so many, and the characters he meets along the way have been essential components of both the franchise’s and the developer’s success.

With the fourth entry being a thrilling finale, its inclusion on PC is puzzling given that the platform’s users currently don’t have access to the first three games. Nate and Sam Drake’s quest to find Libertalia and the buried treasure of famed pirate Henry Avery doesn’t have the same impact without the context of what came before, as it ties up some loose ends that the first three games presented. The Nathan Drake Collection released on the PS4 in 2015 gives the trilogy a makeover, and as such is the definitive way to experience the native PS3 games. Bringing it to PC is a no-brainer, as it ensures that Steam users can share in the Uncharted wealth.

RELATED: Naughty Dog Should Being Back Uncharted and The Last of Us Multiplayer Modes on PC

LittleBigPlanet and Sackboy were the poster children of the PlayStation 3, a console that struggled in its early life before hitting its stride in later years. The gameplay wasn’t anything truly innovative, but the progression was satisfying and the aesthetics were quirky. The thing that makes LittleBigPlanet shine brightest is its customization, a philosophy that developer Media Molecule went all in on when it released Dreams in 2020. Creating new levels and draping Sackboy in a plethora of costumes and outfits was a blast, and PC players could find a lot to love in the series that stretches back to 2008.

In fact, LittleBigPlanet could work so well on PC specifically because of the freedom it gives players. Customization gives any game replayability, and as mods have become so very popular in the PC space, there are so many possibilities and opportunities for LittleBigPlanet to have a renewed interest amongst gamers. Sackboy is still garnering an audience with Sackboy: A Big Adventure, and a PS5 entry into the series would be welcomed, but the PC and its liberal approach to user-made mods could be the key to the franchise’s future.

While its developer, Sucker Punch Productions, may be all-in on its Feudal Japan-set Ghost of Tsushima franchise, its previous series is one that deserves more recognition. InFamous released in 2009 to much critical acclaim, and was the first all-new open-world superhero game to truly capture an audience. The gameplay was tight and the story that unfolded around Cole MacGrath kept players guessing throughout. The series consists of four mainline games, with the final two, InFamous Second Son and InFamous First Light, releasing in the early years of the PlayStation 4.

With Insomniac’s Spider-Man swinging onto PC in the near future, it could open the door for a similar franchise to also make the leap. InFamous’ last entry was InFamous: First Light in the Summer of 2014, so the PC platform has more than enough capability to show off the PlayStation franchise’s best attributes while also giving its players an experience similar to Spider-Man, but with characters and a world that are entirely new. Superheroes are far more popular in the mainstream than they were when the first InFamous game released, and the PC could be the best platform to capture the audience that may not have existed all those years ago.

A hilarious Minecraft clip shows a player interrupting a conversation with...