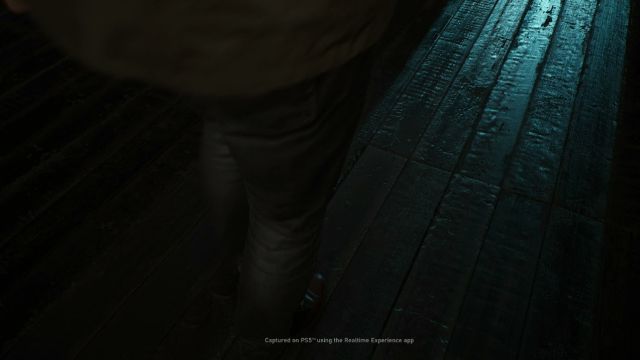 PlayStation: Shuhei Yoshida, head of indie games on PS5, has said he has “no idea” about the nature of this controversial indie game.The summer soap opera in video games has a name. Abandoned, the new work from independent studio Blue Box Game Studios, continues to fuel controversy and conspiracy theories, something that started almost from the beginning. The last chapter of this story was written just a few days ago, when the studio delayed the PS5 app with which they intend to show the gameplay of their horror title. After fixing the bug, players have found a stark teaser trailer and more promise. Meanwhile, Shuhei Yoshida, now in charge of PlayStation Indies, has denied knowing if the game is more than it appears.

The statements have occurred within Twitter, when a user has asked him whether or not he can confirm if “Abandoned is more” than what we see. The answer, very brief, is limited to denying it: “No, I have no idea.” Until the opposite is announced, the mystery of this video game will continue to nurture theories. The developer has repeatedly denied any connection with Hideo Kojima or Silent Hill, although the official Twitter account has provided confusing clues that have led to this type of conclusion.

The app is now available on PS5

The only official thing is that Abandoned is a first-person horror title. Blue Box Game Studios claims that they are a small team working to offer the best possible product. Initially, they planned to show the first trailer this August, which will be able to run in the PS5 application, so it will generate its graphics in real time. However, when entering the software, the different contents appear in chronological order and with the message that they will soon be made public, without any specific date.

Abandoned is in development for PS5 and PC. When will it be released? It does not have a specific date, beyond the fact that it is planned for this year 2021.

The Steam port of Final Fantasy 7 Remake makes it more...