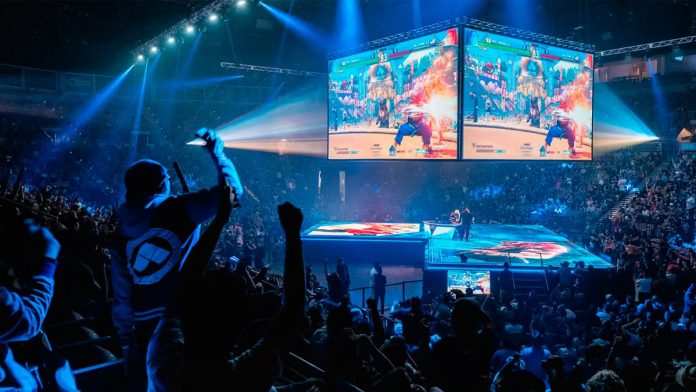 The Japanese company has announced the purchase of the rights to the Evolution Championships Series or EVO, the famous fighting game esports tournament.

PlayStation has announced through its official channels that it has purchased the rights to the Evolution Championships Series or EVO, the largest and most influential esports tournament in the world dedicated to fighting video games. This has been confirmed by the company responsible for PlayStation consoles, welcoming the brand and announcing interesting news for future editions, starting this year 2021.

PlayStation takes over the rights to the EVO

Thus, along with the announcement of the purchase of the EVO by PlayStation, some of the upcoming news that will directly affect the tournament have been detailed, starting with the plans for this 2021. So much so, that the EVO will return as EVO Online, thus adapting to the particular circumstances that accompany us since last year in relation to the impossibility of carrying out face-to-face events. Thanks to this new formula, the EVO will adopt the open format with free tickets for all fans.

The dates for the new EVO Online have also been confirmed, which will be held between August 6 and 8 and August 13 and 15, with matches of the most popular fighting games that can be followed live via streaming. and completely free of charge. Of course, as a result of the purchase by Sony, at the moment they do not appear in the list of games selected for the tournament classic titles of the event such as Super Smash Bros. or Killer Instinct, belonging to Nintendo and Xbox, respectively.

Those that are already confirmed are others previously seen such as Mortal Kombat 11 in its Ultimate version, Guilty Gear Strive, Street Fighter V Champion Edition or Tekken 7. Participants will be able to participate from four major areas such as Europe, North America, Latin America and Asia ; As a curiosity, Asian players will not be able to access the NetherRealm title, probably due to censorship at the level of violence. Be that as it may, PlayStation encourages us to stay tuned for upcoming news about EVO Online.

Top 5 Altcoins That Made The Most This Week