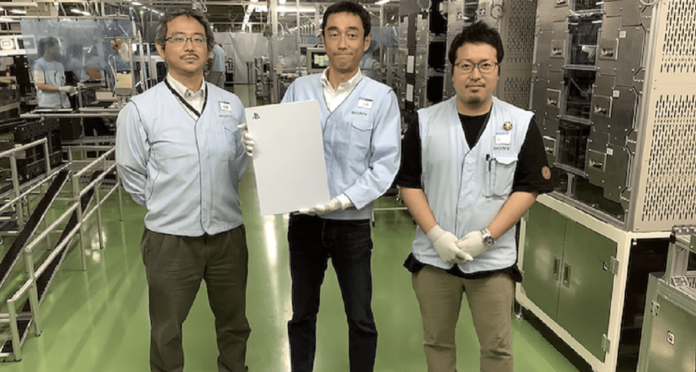 The new generation game console PlayStation 5, which was introduced recently, was first seen in the hands of a person. How big the game console will be was understandable with these images.

About 10 days ago, Sony introduced the new generation game console PlayStation 5, which we have been looking forward to for a long time. PlayStation 5 had a shape we hadn’t seen before, and of course, this way, it didn’t get any user attention. The game console was appreciated by almost everyone who saw it both with its color harmony and shape.

Of course, we haven’t seen PlayStation 5 live until today. Even in the short film played in the promotional event of PlayStation 5, we were not shown how PlayStation 5 would look in every respect. So many PlayStation lovers have taken different ways to predict how big the game console will actually be.

PlayStation 5 was displayed for the first time:

Of course, the easiest way was to compare the game console with the size of the PlayStation 5 controller that the company previously introduced. However, even this method did not allow us to imagine the real state of the game console. So nothing could replace a real photo.

While all these discussions were going on, a photo that was thought to be PlayStation 5 appeared. In the resulting photo, 3 employees wearing a Sony logo outfit and appearing to be somewhere like a factory or facility were holding something white and a PlayStation mark on their hands.

Of course, considering the technologies expected to offer PlayStation 5, it can be explained why the game console has such a large structure. However, if you are still going to buy this game console, you will need to plan well where to put the console in your home.