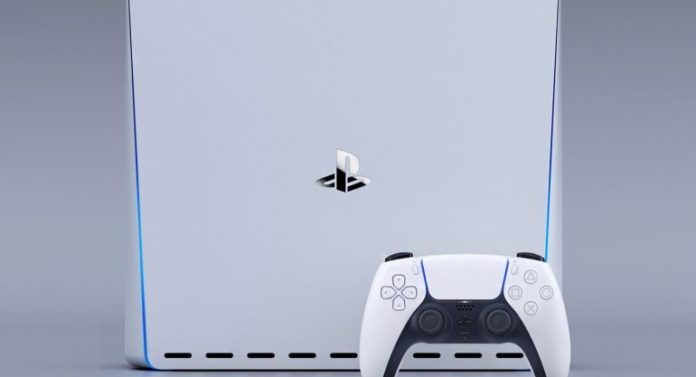 A designer from LetsGoDigital has developed a PlayStation 5 concept to fit the DualSense controller introduced by Sony. The concept showed that the PlayStation 5 series could come in a very simple design.

In the days when the game world was curiously waiting for Sony’s new generation PlayStation console, Sony introduced a new product at an unexpected moment by turning it upside down to everyone. This product was the DualSense controller to come with the company’s next-generation console, PlayStation 5.

DualSense, introduced by Sony 3 days ago; With its simple and elegant design, it has managed to attract almost everyone’s taste. DualSense, the first product of the PlayStation 5 family to be introduced, although it attracted us with its features, of course there was a question in mind; How would PlayStation 5 be if DualSense was this way?

Concept PS5 design compatible with DualSense:
As you know, Sony has followed a pretty good way to hide the next generation game console. We had almost no reliable information on the company’s new console. We didn’t even see the slightest image of the device’s design, but thanks to the designers, we had some clues as to how the PlayStation 5 would look.

Today, a new design has been released that is compatible with the DualSense controller that joins the Sony PlayStation 5 family. The design by Giuseppe Spinelli from LetsGoDigital has shed light on how simple and stylish the PlayStation 5 series can look.

Giuseppe Spinelli was inspired by the DualSense controller that will come with the console while designing the PlayStation 5. The designer aimed to produce a concept that is compatible with DualSense and provides an integrity, and in our opinion, he succeeded.

In the concept of Giuseppe Spinelli, other components were also given importance besides appearance. Designer; It placed HDMI, Ethernet and other inputs on the back of the console. Also, as can be seen from the shared image, the concept console design shows that PlayStation 5 can be used in both horizontal and vertical positions. Of course, let us remind you that all this is a concept design and it is not certain.

New Physical Principle Will Increase The Sensitivity Of Robotic Hands