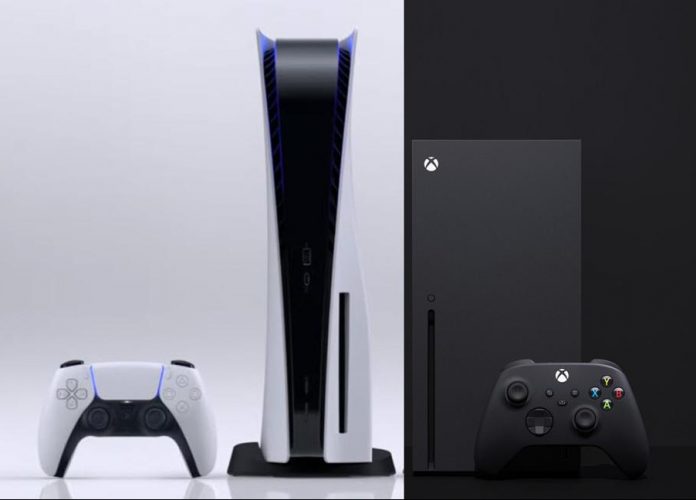 A transition to the new generation has been made in the gaming industry. The Xbox brand, the gaming side of Sony and Microsoft, has released game consoles. In this article, we will compare the differences, prices and features of PlayStation 5 and Xbox Series X consoles in detail.

Sony has released two consoles for the next generation. One of these consoles was the PlayStation 5 and the other was the disc driveless version of the same console called PlayStation 5 Digital Edition.

It is possible to say that the two representatives of the new generation, PlayStation 5 and Xbox Series X, are technically very similar devices. Especially the similarity between the processor and graphics units ensures that the game performances are very close to each other. The most fundamental difference between the two devices starts when we move away from technical features and switch to the ecosystem. We mention all the details in the rest of the article.

Processor: What do the minor differences in speeds mean?

The difference in the processors of the consoles shows itself in GHz values. While there is a 3.8 GHz processor on the Xbox side; On the PlayStation side, this value is 3.5 GHz. The GHz value tells us the operating frequency of the processor. While overclocking, which we call overclocking, which is generally used in the PC platform, the GHz speeds of the processors are exceeded above the maximum value. In this way, a much faster processor is obtained. The speed of the processor affects the navigation of the operating system and the game performance. It has to be said that the Xbox Series X is one click ahead of PlayStation 5 in terms of speed.

We see that AMD’s rDNA 2 architecture, which is a very popular manufacturer, is used in the graphics unit of both devices. AMD announced that it will use this architecture in new generation consoles and graphics cards. With this architecture, we see technological developments such as ray tracing, high performance at high resolutions such as 4K, variable shading and surface shading, which is an important aspect of the new generation. In addition, AMD reports a 50% increase in performance with rDNA 2 over the previous rDNA generation.

Game consoles are of great importance in terms of storage as they will contain plenty of games. On the PlayStation 5 side, there is a special 825 GB NVMe SSD. On the Xbox Series X side, the size increases to 1 TB. Although these are the values ​​on the paper, it should not be forgotten to include the dimension used by the system into the work. Some of these dimensions are used for the system. According to the results, the PlayStation 5 has 664 GB of space left with the system reading and the part allocated to the operating system. In the Xbox Series X, a space of 802 GB remains for the player. In terms of storage, it is also possible to upgrade with compatible SSDs. For example, Xbox works with Seagate.

Memory: Both consoles are exactly the same

An important issue where consoles are head-to-head is memories. Both the PlayStation 5 and Xbox Series X devices have 16 GB of GDDR6 RAM. In particular, Xbox has developed the 12 GB GDDR5 memory used in the previous generation and comes up with a much more performance memory in the new generation. Bandwidths are increasing with GDDR6 technology. Bandwidths varying between 400-600 GB / s are obtained on consoles. We can define bandwidth as the amount of data transmitted per second. Both consoles are quite performance with 16 GB GDDR6 memory.

Resolution – FPS: Another issue where two consoles are head-on

One of the important features of the new generation is the gradually increasing resolution and frame rates we call FPS. Sony and Microsoft sides seem to have done their best to bring resolution support and high frame rates to the player. Both consoles have resolution support up to 8K and FPS support up to 120 FPS. Of course, 8K resolution is the maximum resolution that consoles support. So consoles do not support 8K in every game. 120 FPS is also the maximum value. Frame rates can be 60 FPS or 30 FPS in games that require ray tracing and high graphics power. Optimization is also very important. Higher resolutions and frame rates can be captured in games specially optimized for consoles. Thanks to HDMI 2.1, high refresh rates are achieved and a better gaming experience is aimed.

Although optical drives are an outdated technology for most gamers, optical drives are still included in the new generation consoles. Both PlayStation 5 and Xbox Series X consoles have a 4K Ultra HD Blu-Ray optical drive. Thanks to this driver, you have the opportunity to physically buy and play games. Apart from that, you can also watch Blu-Ray movies. If you are one of those who have memory shortages, especially in a period when digital gaming proliferates and the memory of storage units is focused, you can get rid of this trouble with the optical drive. However, most players do not prefer this method because of the price of the physical game and the more useful choice of the digital version. Still, if you are a collector of physical games and Blu-Ray movies, the optical drive is with you.

The designs of the consoles are quite different from each other. When we look at the Sony side, we see that there has been a big change in the design of the PlayStation 5 game console compared to the usual design. PlayStation 5 is the largest PlayStation produced by Sony.

The console is quite tall in appearance, has a futuristic, white and modern look. The device can stand both sideways and upright. With the help of the apparatus, you can position the device as you want. We know that long length and width are preferred to ensure quality cooling.

There is a perforated air outlet on the top of the device. We can see the green colors of the Xbox through these holes. We can say that the console will be easily compatible with most corners of the house due to its design.

What are the differences in terms of game performance?

The indispensable part of a game console is the variety of games, the services it offers and the compatibility conditions. On the PlayStation 5 side, we see special games that Sony has been successful for years in terms of game diversity. With this console, you have the opportunity to play PlayStation 5 exclusive games. Apart from that, of course, most AAA games come to the console.

You can get the opportunity to play the games offered to you within the framework of the service by paying monthly with the PlayStation Plus service in terms of the service it offers. However, because of the high price of normal games for our country and the inability of the PS Plus service to offer enough games, the players are not very happy with this.

Another console on the gaming side, the Xbox Series X stands out with its service and compatibility quality. There are also special games for Xbox, but the number of them is very few and even if we call it custom games, most games are also released for the PC platform.

Game Pass Ultimate also includes Xbox Live Gold, so you get 2 extra free games and multiplayer every month. Xbox Game Pass Ultimate is a perfect fit for Xbox Series consoles. Players seem quite happy to have access to so many games at an affordable price.

There is also a feature offered by Xbox when it comes to purchasing games. Thanks to the Smart Delivery feature known as Smart Delivery, you will be able to transfer the games purchased for Xbox One X to Xbox Series X for free. So you won’t have to repurchase the game for the next generation. Of course, this is not the case for special versions of some games, but we can say that it is a feature that can encourage older generation users for the new generation with supported games.

At the same time, the feature we call Quick Resume stands out in Xbox’s gaming experience. With this feature, you can switch between the games you want in an extremely short time and continue where you left off. This is a big plus for Xbox’s gaming experience. Finally, thanks to the xCloud service, which is not yet available in our country, you have the opportunity to easily play your games on all kinds of devices.

Load times or frame rates are not the only things that have changed with the new generation. It also changed the Sony and Microsoft controllers. When we start from the Xbox side, we see that the change is quite small. D-pad development is available in the new generation Xbox controller. D-pad can now be used for all directions. Possibility to use for 8 different directions. Thanks to the knurled material used on the trigger keys, full grip is provided to the controller. The controller is powered by a battery.

On the PlayStation 5 side, the new DualSense controller stands out. The DualSense controller, which is much more admired than the Xbox in the new generation, has great innovations. It has white predominantly and slightly black color as a controlling design. The button layout is very similar to the DualShock 4, but a change has been made on the left side of the touchpad and a “Share” button has been added. The highlights of the controller are adaptive triggers and high-level feedback.

Thanks to the adaptive triggers, players experience a realistic trigger feeling when shooting an arrow or shooting with a gun. Thanks to the feedback, a different feedback is provided in the location changes in the game, road types (muddy, stony, etc.). Sony seems to have done their best technologically to get the player into the game while using the controller. The controller works by charging with USB Type-C.

In terms of accessories, PlayStation 5 stands out much more than Xbox Series X. With the new generation, Sony presents a new PlayStation 5 ecosystem. There are many accessories specially produced by Sony. These accessories include headphones, camera, remote control and charging station. On the Xbox side, there are no big steps in accessories. Usually, Xbox uses accessories designed by third-party companies for Xbox.

Another important point in the game industry worldwide is the price of consoles. Most gamers want to access their devices cheaply and enjoy the cheap game. Companies try their best to keep prices stable even if the transition to the new generation is made. PlayStation 5 and Xbox Series X are available with a price tag of $ 500. Although this is the official price, this price may vary according to different warranty models, extra subscriptions, different vendors and stock status.

Unlike rivals, Apple TV + grows only 10% with quarantine