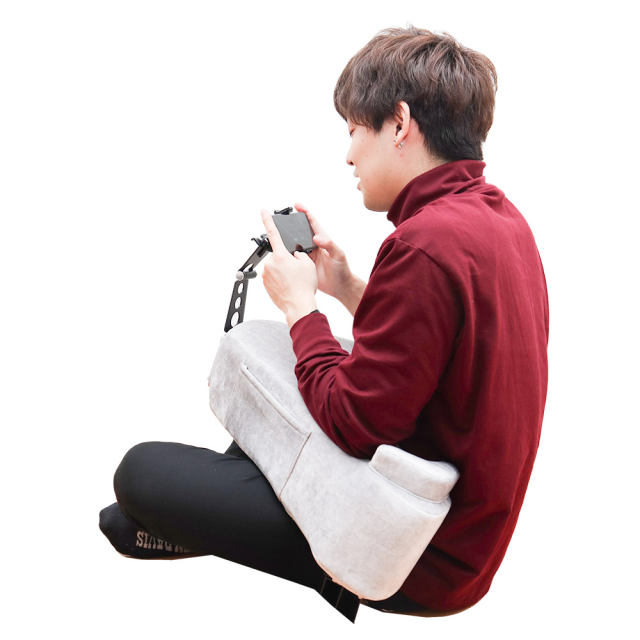 The mobile game market, which is the largest game market in the world, has started to have special vehicles. A mobile gaming mat was produced for mobile gamers. The cushion has functional features such as pocket and phone holder.

Recently, there is a new player equipment that has been shared frequently on the Internet; this equipment is the player bed that most of us face. A smaller version of this bed has been announced, which will likely cause many people to suffer from school or work.

Just like the player bed, this player mat was also produced in Japan. This cushion, which is similar to the inverted letter ‘A’ and is called ‘Turn A Cushion’ by making an English word game, provides support for your elbows. Thus, your arms do not get tired while playing games on the phone, tablet or hand console.

Designed for arbitrary mobile gamers:
Drawing attention to creative ideas, Japanese firm Thanko is also the producer of this acting cushion. Basically, you can wrap this upside-down ‘A’ shaped cushion from your waist or chest area and put your arms on the cushion.

Two raised areas on the elbow parts of the cushion prevent your arms from slipping and falling from the cushion during the game. There is a pocket on both sides of the cushion. Things like cables and wallets fit easily in these pockets. There is also an apparatus on the top of the cushion where you can hang your phone. Under the cushion are feet that you can use to adjust the angle of view.

Cleaning is quite easy:
The cover of the cushion is designed to be removable. In other words, if you accidentally pour something on it or decide to wash the mat after enough time has passed, you can remove the cover and machine it.

Thanko plans to sell the product only to Japan. When Thanko changes its plans, it can enter the world market with alternatives of different sizes, but until then it is necessary to find a way to get the cushions from Japan.

Corona Virus Detected in Two Bat Species in a Study in...

Ubisoft will stop including physical copy in Collector Edition