Home Entertainment PlayEquall Is Born, A Campaign To Promote Equality, Inclusion And Diversity In... 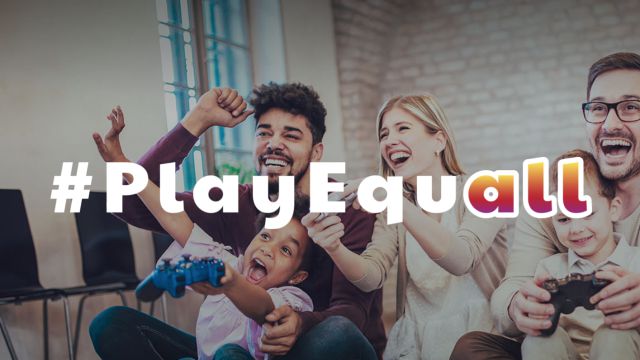 PlayEquall: The initiative, which already has an official website, seeks to add different companies to the cause and contribute to promoting an egalitarian video game culture. The Spanish Video Game Association (AEVI) has announced the launch of the #PlayEquall initiative, a campaign in which the video game sector seeks to unite to “reinforce the industry’s commitment to the values ​​of equality, diversity and inclusion” .

With a web portal already available for consultation, the organization that represents all the agents involved in the value chain of the sector in Spain has presented this project, which will try to promote a healthy, inclusive culture, in which all genders, races , sexual orientation or socioeconomic status is represented.

#PlayEquall and its six major commitments, a project underway

Currently, Spain has more than 16 million players of all ages, genders and conditions. This heterogeneity is also transferred to the development industry, where creators and creators are just as diverse as those who consume their works. “Promoting equality, inclusion and taking care of this diversity at both levels is one of the objectives of #PlayEquall”, they explain in the statement.

These values ​​of equality, diversity and inclusion are part of the fundamental issues that are worked on within ISFE, the Brussels-based organization that represents the European video game industry and in which AEVI is a member. In this regard, #PlayEquall seeks to unite all stakeholders in the video game sector in Spain; as do other countries around us, such as the United Kingdom (#RaiseTheGame campaign) or Germany (declaration in favor of diversity, Hier Spielt Vielfalt).

In statements by José María Moreno, general director of AEVI: “#PlayEquall is a call from the industry to adopt a clear position in favor of diversity, equality and inclusion in the sector, inviting all the actors of the industry to actively participate in the commitment to these values”.

The platform includes an ethical code that has been developed jointly by various agents in the sector that consists of six major commitments in terms of equality and diversity at all levels: teams, events and video games themselves. All kinds of questions are answered on the PlayEquall social networks and more details about this initiative are offered.