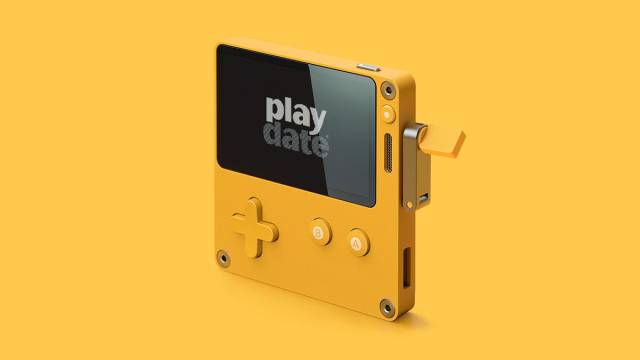 Playdate: Panic explains in a statement to early buyers that early units of the console have experienced battery problems. Playdate, the portable miniconsole made specific by having a crank, delays its release date until the beginning of 2022. Panic, the team in charge of this innovative product, has explained in a statement the reasons for this change in plans, which are due to derived problems to excessive battery consumption the first remittances. The goal was to start global distribution later this year.

The first batch of Playdate has not passed quality controls

As we can read in the statement (Playdate Owner’s Update # 1), sent via email to buyers of the device, Panic has encountered an unpleasant surprise upon receiving the first 5,000 units of Playdate at its offices in California, United States: the batteries presented autonomy well below that estimated by the manufacturer. This translates into the immediate suspension of the distribution plans, since the North American team considers that these are not the conditions:

“We were soon concerned that some [Playdate] were not giving us the battery life we ​​expected. The Playdate battery is designed to last a long time and to be always ready, even if it is not used for a while. But it was not the case: in fact, we found several units with the batteries so drained that the Playdate did not turn on at all, and could not be charged. That is the worst scenario of the drums ”.

An expensive decision to put quality and customer satisfaction first

The positive? According to Panic, the positive is that they have realized this inconvenience before making the shipments, not after. The decision has been clear (and expensive): replace all the existing batteries with new ones from a different supplier.

Although they describe the situation as “frustrating”, they had no choice but to ensure the quality of Playdate and the trust of the buyers who have made it possible for the project to go ahead. Defective units have been returned to Malaysia; The new ones, meanwhile, have just arrived at the California offices, so they are already working to get shipments back into operation, only it will no longer be possible to do so at the end of 2021, but at the beginning of 2022. “We have already received the new batteries from the new supplier, and they look really impressive: they are exactly what we expected, even better than the old ones ”.