Home Tech How to Play Xbox Games on Computer? 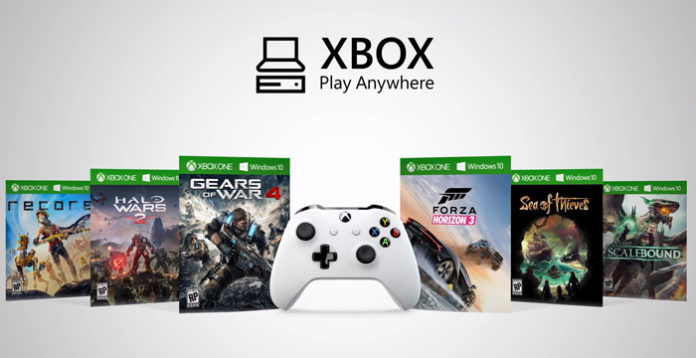 Thanks to Xbox Play Anywhere, Xbox games can also be played on PC. If you have a computer with Windows 10, you don’t have to have an Xbox. Since the games are made for both platforms, there is online synchronization. So whether you play on PC or Xbox, you have no problem. You can access the games on the Microsoft Store.

How to play Xbox games on the computer?
Sign in with the same account on Xbox and Windows 10,
Download the game with the Xbox Play Anywhere icon you want to play,
Connect the Xbox controller to the computer,
Find and run the game on the Xbox app,
The process is complete, you can now play the game as you wish.

You can only play Xbox Play Anywhere games on the computer. On the profile page of the games and in the store before buying, it says whether this feature is available. Therefore, if you want to play with both PC and Xbox, be sure to pay attention to this. Because other games are not played on the computer. If everything is ok details the steps

Sign in to Windows 10 with your Xbox account:
First thing you have to do is make sure that your Xbox account and Windows 10 account are the same. This is necessary at the very beginning to both play games and synchronize. Because the progress you’ve made in online games is not saved for either platform otherwise. After logging in with the same account, it is time for games.

Don’t worry if the games don’t open even if you follow the steps above or if you can’t see them in the library. Your computer or Xbox console is probably out of date. Both must have the latest updates to ensure the connection and proper functioning between the two platforms. So don’t forget to check for updates before entering the games.

Is Xbox Play Anywhere paid?
Some users have a false knowledge that this system brings additional costs. Xbox Play Anywhere is a free service. In fact, it can even be called a completely icon. You can also play games with the icon of this service on your computer after a single purchase. There is no extra fee before or after.

What’s the difference between Xbox Game Pass and Xbox Play Anywhere?
Xbox Game Pass is a system that allows you to play popular and quality games such as GTA V on a computer or console for a certain subscription fee. On the other hand, Xbox Play Anywhere allows you to play games that have no subscription fee, only with this icon, either on the computer or on the console. These are the reasons why Xbox Game Pass games are different from each other.

You can follow the simple steps we explained above to play the Xbox games you bought on the computer. Xbox Play Anywhere games have a special icon in the store or on the game profile page.

How to Upload Photos to Instagram From Your Computer Without Applications